The USPTO appears headed toward another record breaking year in 2011 — issuing more utility patents in 2011 than in any prior year. I project that the PTO will issue about 225,000 utility patents by the end of the year, slightly more than last year’s record number of just under 220,000.  The vast majority of patents issued this year claim priority to at least one earlier patent document such as an international patent application (PCT), US provisional application, or prior US utility application. 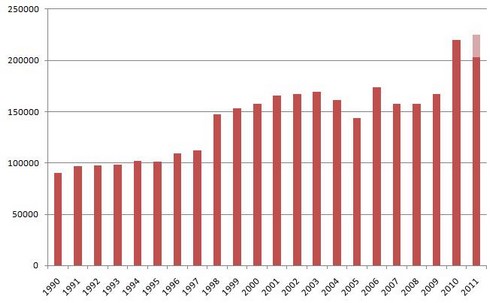