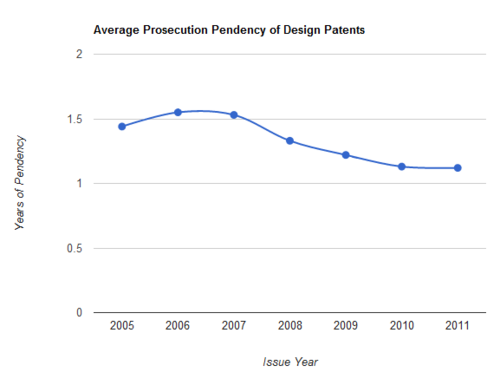 The prosecution timeline for design patents continues to be relatively fast.  For both 2010 and 2011, the majority (54%) of design patents issued within one year of the application filing date. The most common delay in issuance is due to some error in the drawings leading to a 31 U.S.C. 112 issue. Very few design patent applications are ever rejected on prior art grounds. Apple's design patents have been at the center of its lawsuit against Samsung. As I wrote in an article a few years ago, design patents are really being used as an overlay for trade dress protection.