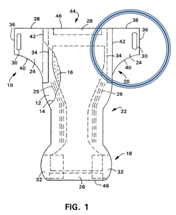 Twenty years ago, Kimberly-Clark scientists had the idea of creating a diaper with an "elastomeric ear" having non-parallel edges. The patent (No. 5,496,298) issued in 1996 (sixteen years ago). In the side figure, I have circled this novel feature of the design. The curved edge and stretchiness make the diaper more comfortable. The patent itself does not claim comfort or curvedness. Rather, the claim simply spells out the physical elements of the diaper design.

In a recent action, KC has sued Naty Babycare for infringement of the '298 patent. Naty is a Swedish company that claims to be making all natural and largely eco-friendly diapers. Unfortunately for Naty, the '298 patent still has one year on its term and the patent seemingly covers eco and non-eco products alike. The drawing below from Naty's website shows the diaper in cartoon form. 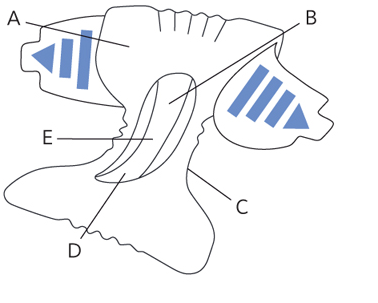 23 thoughts on “Kimberly-Clark v. Naty: Did Reexamination Clean the Diaper?”