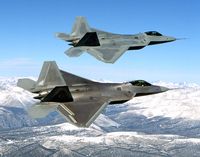 We recently discussed the Federal Circuit's en banc opinion in Zoltek v. United States from this past spring in the Contemporary Issues in Patent Law tutorial that I run here at Iowa, and it prompted me to write up a summary.

Zoltek is different from your typical infringement case in that it involves a patent claim brought against the Federal Government for a contractor's actions, and thus liability arises through a separate statutory scheme.  Zoltek is the assignee of a patent relating to methods of manufacturing carbon fiber sheets with controlled surface electrical resistivity.  Lockheed Martin designed and built F-22 fighter jets for the Federal Government; the F-22 contains carbon fiber sheets that allegedly were produced through the method claimed in Zoltek's patents. However, the process for making the sheets was begun in Japan, the partially completed product was imported into the United States, and the process was completed in the United States, which created a significant problem for Zoltek's infringement claim.

This statute does two things: first, it acts as a waiver of the government's immunity, and second, it operates an assumption of liability by the government, thus insulating the government contractor itself from liability. However, during an earlier stage of this case, the government argued that because the process was partially performed abroad, it did not fall under Section 1498(a).  In a 2006 opinion (Zoltek III), a panel of the Federal Circuit agreed, and held that the scope of 1498(a) was limited to direct infringement under 35 U.S.C. § 271(a).  (That opinion also rejected a Fifth-Amendment takings argument).  Because 271(a) does not include manufacturing processes that are begun abroad and completed in the United States, the court concluded that the United States had not assumed liability under 1498(a).

The practical effect of the Federal Circuit's ruling was that on remand, Zoltek sought leave to amend its Complaint to add a claim against Lockheed for infringement of the patent under 271(g) and to transfer the action to federal district court.  In granting Zoltek's motion, the trial court rejected the Government's argument that 1498(a) insulates government contractors from suit even when the government could not be liable.  The Court of Federal Claims certified for interlocutory review the question "“whether 28 U.S.C. § 1498(c) must be construed to nullify any government contractor immunity provided in § 1498(a) when a patent infringement claim aris[es] in a foreign country.”

The Federal Circuit did not directly answer that question.  Instead, the new appeal caused it to "re-examine the premises on which our earlier opinion in Zoltek III was based, and to reconsider the consequences of that opinion."  672 F.3d 1314.  In other words, the panel had erred.

Revisiting the issue en banc, the court concluded that the correct interpretation of 1498(a) is that it creates a cause of action for direct infringement that is separate and different from 271(a), and that it could include conduct falling under 271(g).  Infringement under 271(a) is thus not a necessary predicate for liablity under § 1498(a) as the earlier panel had held.  Instead, the court reasoned, the Government's liability "under 1498(a) is linked to the scope of the patent holder's rights as granted by the patent grant in title 35 U.S.C. section 154(a)(1).  As the patent grant has expanded over the years, so too has the coverage of § 1498(a)."  672 F.3d 1323.  Applying this reasoning, the court concluded that the government could be liable here: "we hold that for the purposes of section 1498, the use or importation “within the United States [of] a product which is made by a process patented in the United States” constitutes use of the invention without lawful right because the products embody the invention itself."  672 F.3d 1326.

Judge Dyk, writing in dissent, disagreed both that the court had jurisdiction to address the issue of the scope of 1498 sua sponte, as well with as the court's revised interpretation.

The scope of 271(g): In concluding that the Government could be liable for Lockheed's conduct, the court held that "[i]f a private party had used Zoltek's patented process to create the resulting product there would be liability for infringing Zoltek's patent right under § 154(a)(1) and § 271(g)."  672 F.3d 1323.  However, 271(g) states that:

(1) it is materially changed by subsequent processes; or
(2) it becomes a trivial and nonessential component of another product.
Here, Lockheed was not importing "a product which is made by a process patented in the United States"; instead, it was importing a nearly-finished component of that process.  I haven't found any cases dealing with this scenario in the regular 271(g) context, so it may be a novel issue.  The court essentially avoids the issue in Zoltek by imbuing the product of the process with the essence of the process itself: "In the context of § 1498, the product of a patented process is not only the product, but also the physical embodiment of the invention."  672 F.3d 1326.  Zoltek itself is of limited use in settling this issue, however, since by the court's express instruction, "nothing in this opinion should be construed to affect our Title 35 jurisprudence."  Id.
Hide comments