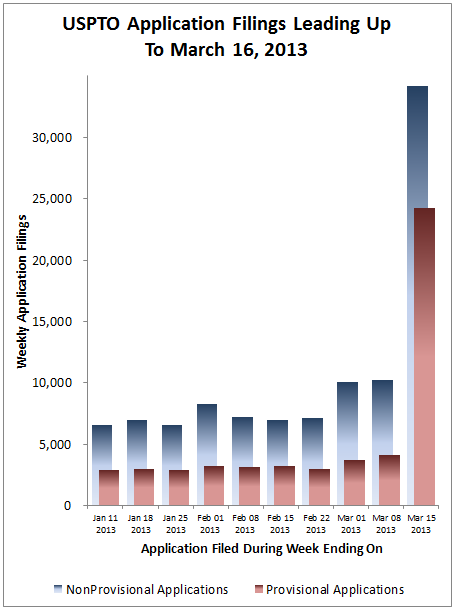 The chart above shows weekly application filings for the first 10 weeks of 2013, including the week ending on March 15, 2013. That date is important because it was the last day that patent applications could be filed under the old first-to-invent regime. New applications filed today will be judged under the first-to-file regime of the America Invents Act.