The number of design patent applications continues to rise. At least a portion of that rise is explained by an increase in the sophistication of design patent applicants. Rather than filing a single design patent that covers a new product release, the experts file a group of design patent applications that each claim a small portion of the overall design. Because a design patent claim is defined by the submitted drawings, each patent application will have slightly different figures. Often, the only change needed is to change portions of the drawing to either solid lines (claimed) or dashed-lines (unclaimed). This strategy has two beneficial results for the patentee: (1) competitors who copy only a portion of the product (suggestive free-riding) will still infringe; and (2) a patentees product design will still be covered by patent rights even after making small changes to the design. A second somewhat less common approach is to also file design patents on features that are closely-related but different from the patentee's actual product design. The intent is to create additional market distance for the patentee and is most effective in markets where direct knockoffs are common.

The images below come from six Gillette design patents all filed on the same day in 2012. The first drawing looks particularly at one of the designs – can see the solid lines that represent the claimed portion? 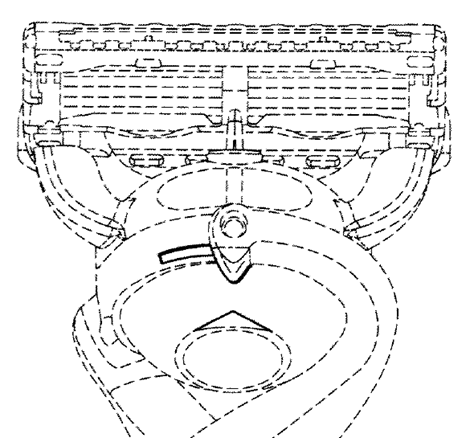 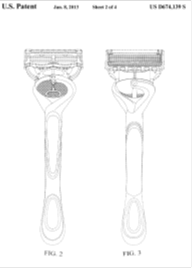 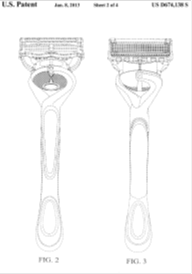 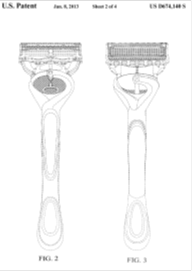 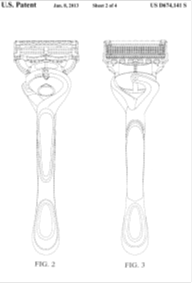 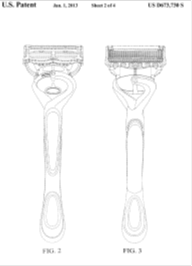 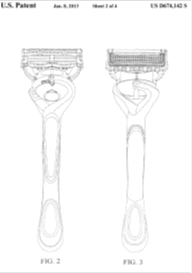