One of the ongoing themes of patent reform advocates is that patent litigation is out-of-control and is overwhelming the business capabilities of operating companies.  In an interesting new paper, Ron Katznelson offers a partial rebut to that argument by showing that normalized patent litigation rates have remained fairly constant over the past century.

Ron Katznelson, A Century of Patent Litigation in Perspective (2014). Available at http://ssrn.com/abstract=2503140.

The chart below shows the number of patent lawsuits filed each year as a percentage of the number of patents in-force during the given year.  In the article, Katznelson explains some of the peaks and valleys, including the recent AIA-spike, the WWII dip,  the heightened activities of the 20s and 30s associated with the proliferation of aadio and electronic technologies, and even the 1935 egg incubator controversy. 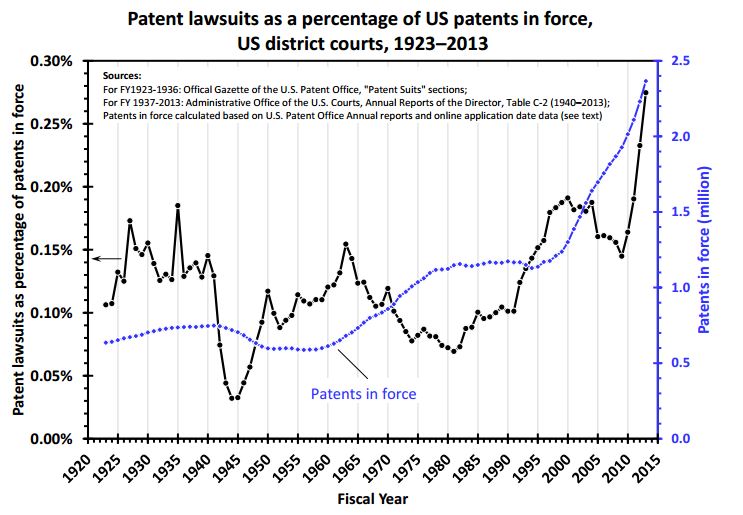