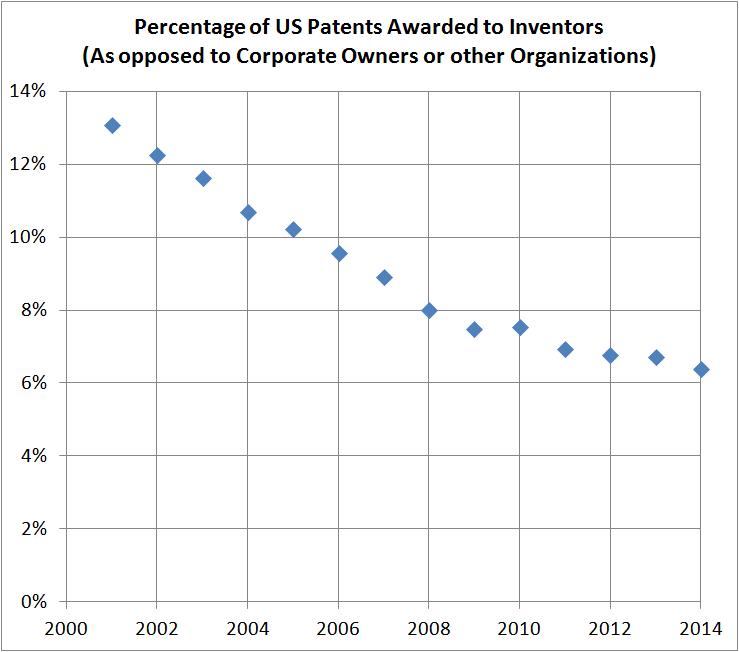 The chart above shows the percentage of U.S. patents issued to Inventors and not (reportedly) assigned to any organization or government. The data comes from the PTO.  While this chart shows a dramatic drop, the actual number of inventor-owned patents has stayed relatively stable over the past decade — the dropping percentage is due more to a rise in the number of patents granted to corporate owners.  The drop here does not necessarily mean that independent inventors are being squeezed-out — just that the rise in patent grants is not due to independent inventors.