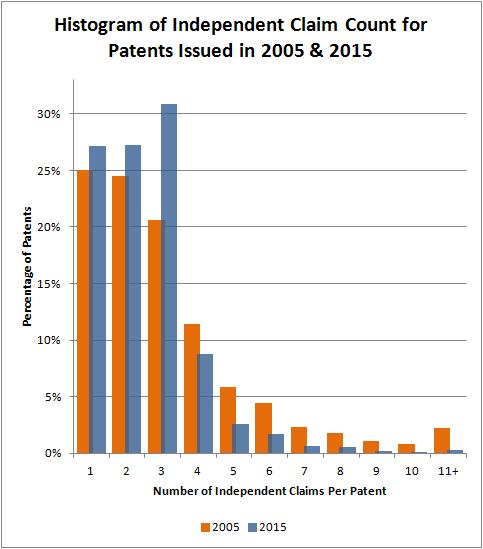 In particular, the chart shows a histogram of independent claim counts for two sets of patents — those issued in 2005 and those issued thus far in 2015.  This change is largely driven by PTO fees and the ongoing commodification of patent prosecution.

About half of the patents include a “method” or “process” claim. However, among what I term “computer related” patents, the percentage with method claim rises to over 80%. (Here, I defined ‘computer related’ patents ones that use any of the following terms in an independent patent claim: computer; processor; software; machine readable; information; memory; data; database; virtual; storage media.)