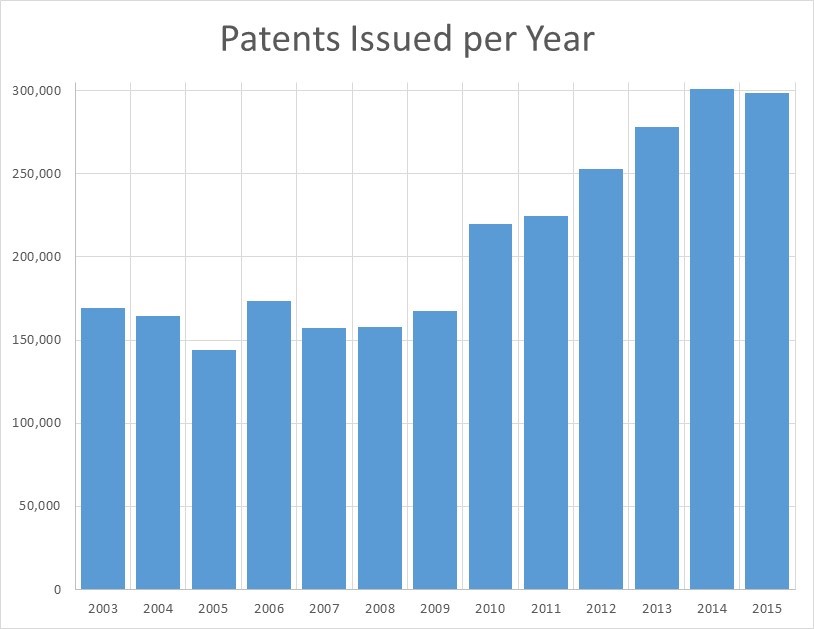 As expected, the USPTO issued just under 300,000 utility patents in calendar year 2015. The new number represents a drop from 2014 – the first drop since President Obama took office and appointed David Kappos as USPTO Director. Barring a new radical transformation of the Office, I expect that the grant numbers will hover around this mark for the next several years.