A few months ago, I wrote that the Federal Circuit is now receiving more appeals arising from the Patent and Trademark Office than the District Courts.  As of the end of May, that trend is still holding strong. 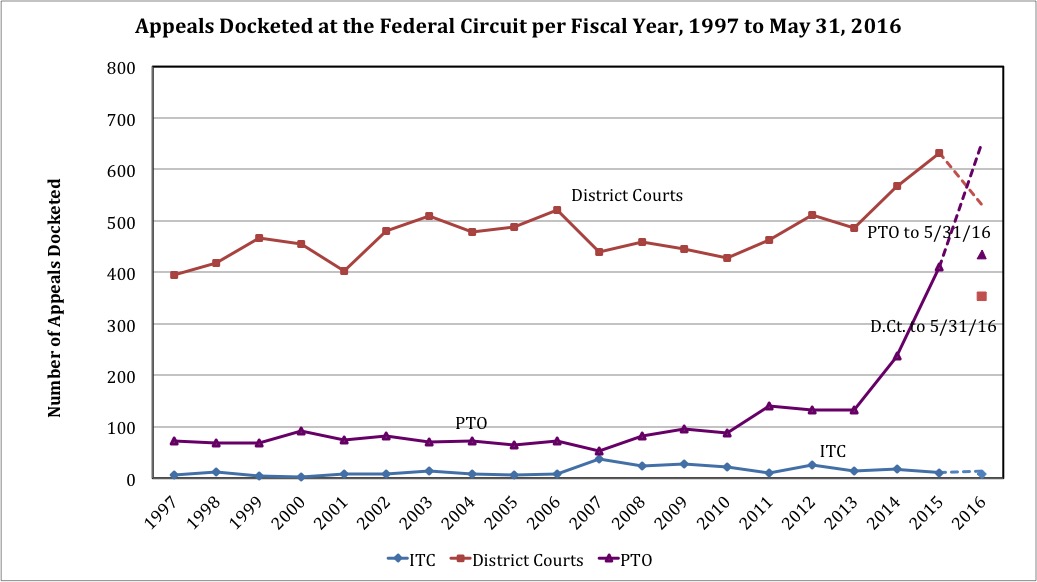 This influx of appeals raises the question of how the Federal Circuit will manage its expanded docket.  One possibility is that the court will make greater use of Rule 36 summary affirmances in appeals where the panel votes to affirm.

To assess whether this is already happening, my research assistants collected and coded information about all decisions in appeals arising from the PTO and district courts that were posted to the Federal Circuit’s “opinions and orders” page since 2008.  (To my knowledge, this represents the full set of opinions and Rule 36 summary affirmances, but if anyone has contrary information I’d be very interested in hearing it.)  Orders (not all of which are posted to the website) are not included in the below graphs. 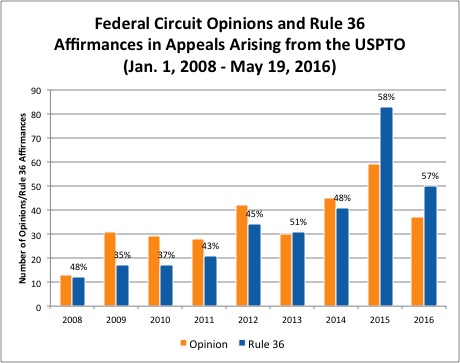 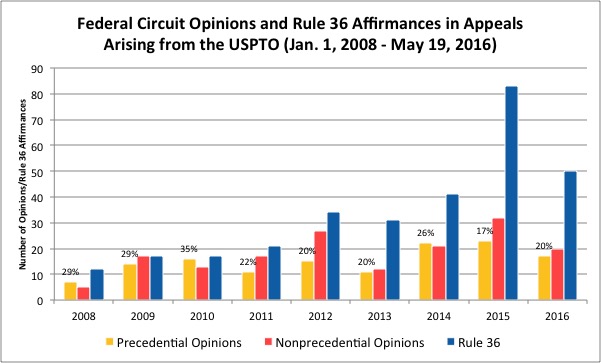 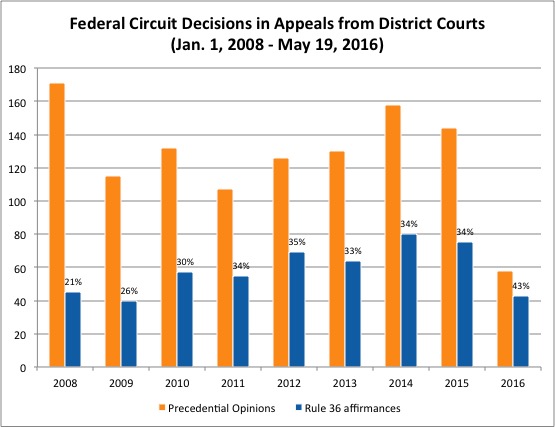 For the sake of completeness, here’s the figure for precedential and non-precedential opinions broken out separately. 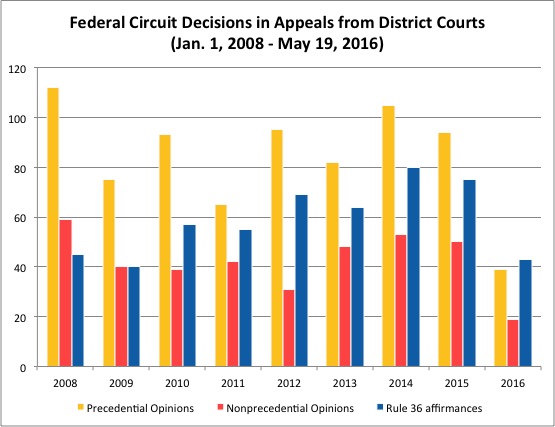 Data collection notes: For purposes of this analysis, each document was treated as an individual disposition.  Approximately 10% of the data was coded by independently by two coders.  Comparison of the coding results indicated near-perfect agreement.

Thanks to my research assistants Peter Kline and Andrew Stanley for their work in coding these decisions.

34 thoughts on “Data on Federal Circuit Appeals and Decisions”