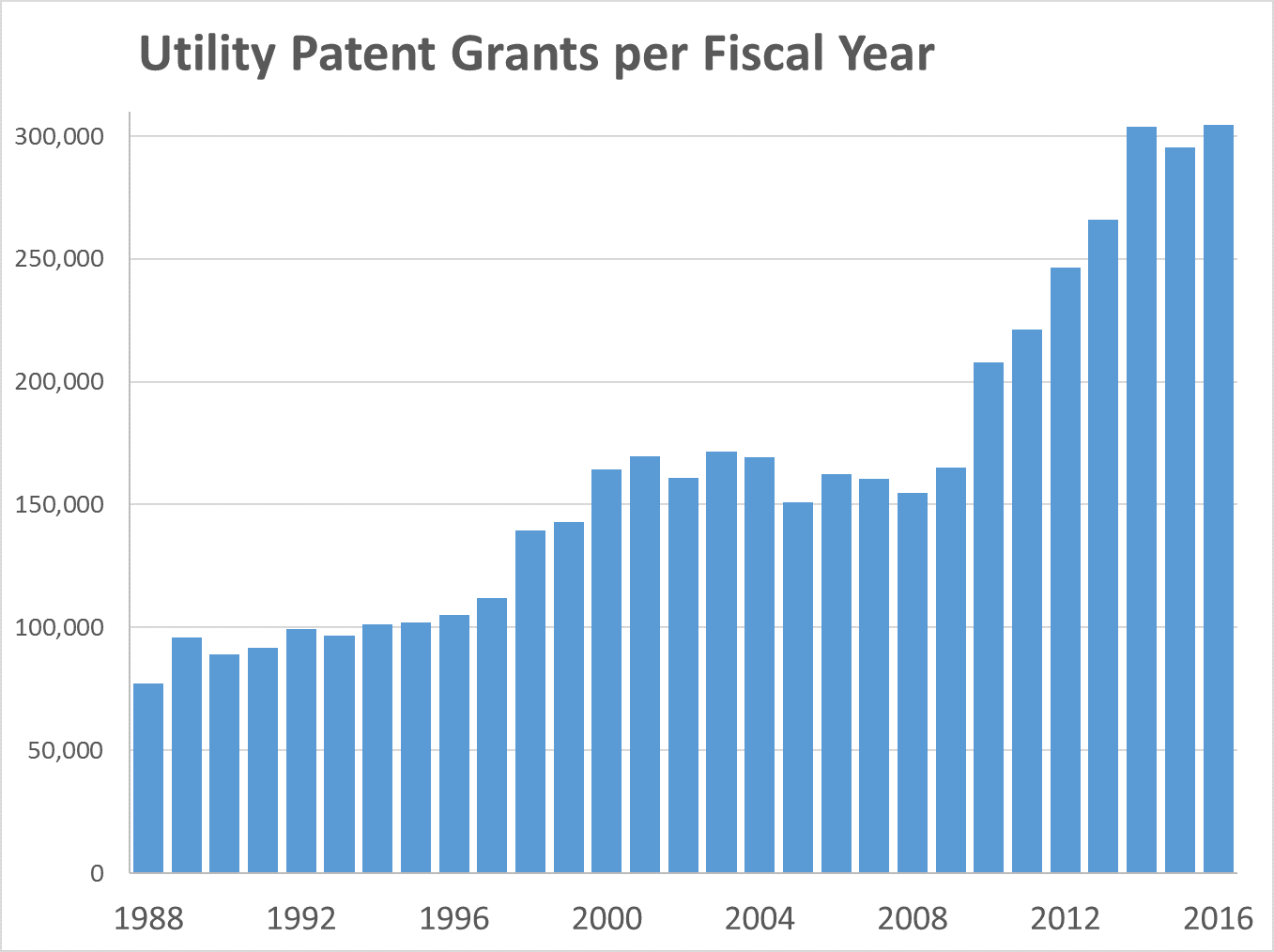 In the end, the Patent Office was able to ramp-up production enough to end FY2016 with the most utility patents issued in any fiscal year in history – 304,500 utility patents! About 53% of the patents have a foreign origin.