The principle that patent prosecutors are following today is in the headline: Get Technical or Get Denied.  The following is a case-in-point.

Nonprecedential decision today in Clarilogic v. FormFree Holdings affirming that the claims of FormFree’s U.S. Patent No. 8,762,243 are ineligible under 35 U.S.C. § 101 as directed to an abstract idea.   [Decision: clarilogic] The patent is directed toward a credit reporting scheme.  The gist – according to the court:

In brief, the … system seeks a potential borrower’s financial information from a third party, applies an “algorithm engine” to the data, and outputs a report. . . . the logic rules applied by the engine are received “from government entities or particular users.” 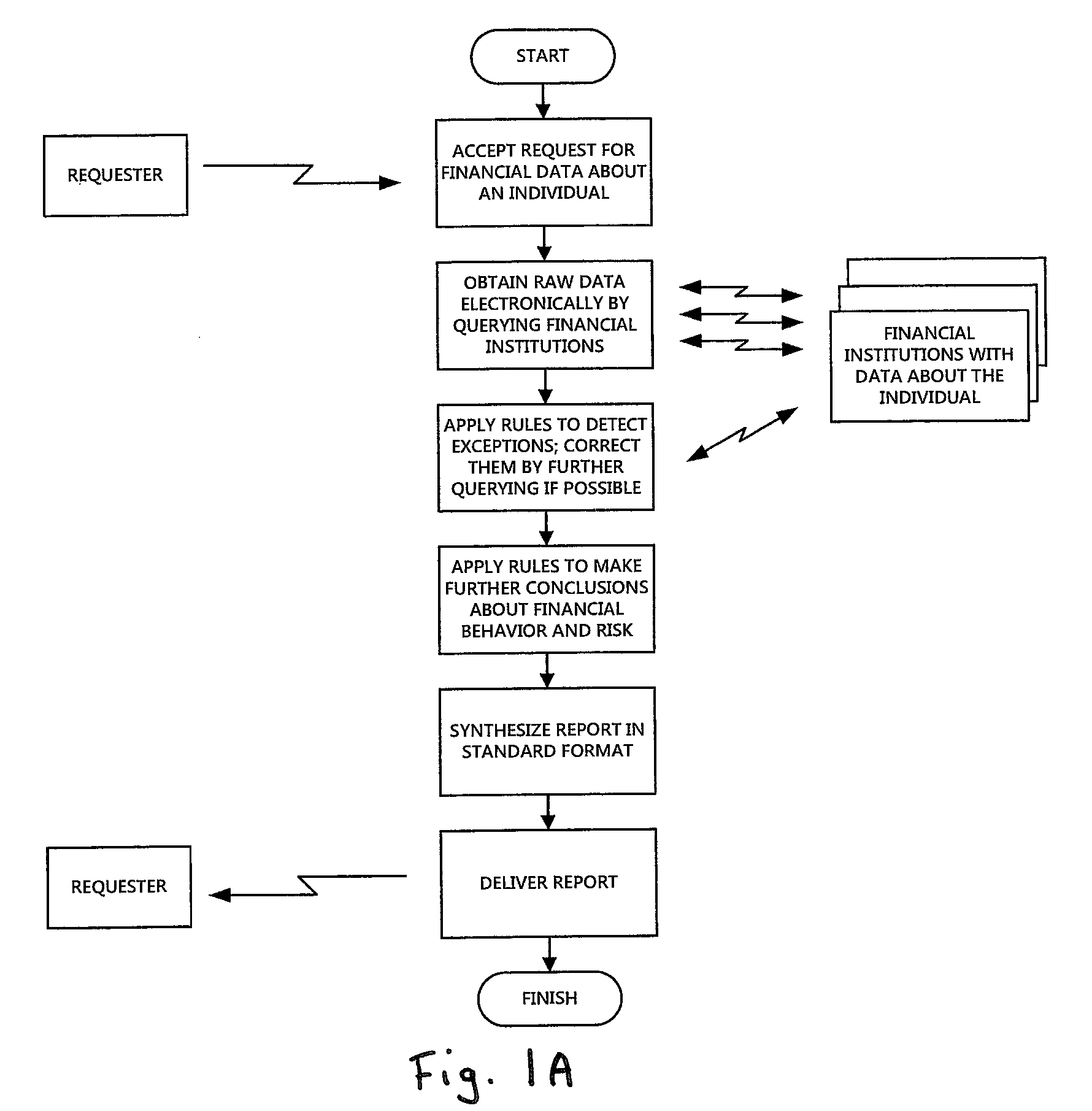 Claim 1 is drafted as a seven step method as follows :

The Supreme Court’s atextual reading of 35 U.S.C. 101 has created a set of subject matter excluded from patentability – including abstract ideas.  The two step eligibility framework under Alice/Mayo first asks whether the claims are “directed to” an abstract idea and then, if so, asks whether the claims include “something more” beyond the abstract idea such as an “inventive concept” that is “sufficient to transform the nature of the claim into a patent eligible application.”  Quoting Alice.  These issues have generally been treated as questions of law amenable to judgment by a court even at the pleading stage of a lawsuit.

Step 1: The claims are directed to an abstract idea because their focus is “on collecting information, analyzing it, and displaying certain results of the collection and analysis.” (quoting Elec. Power Grp., LLC v. Alstom S.A., 830 F.3d 1350 (Fed. Cir. 2016).   Here, the court suggests the claims might have passed the test if the “algorithm engine” had been further identified or explained, but simply “claiming an algorithm does not alone render subject matter patent eligible.”

Step 2: The requisite ‘something more,’ does not include recitation of the use of a generic computer.  Here, FreeForm argues that its invention uses algorithms to transform data in parallel fashion to the way that Diehr used an algorithm to transform rubber.  On appeal, however, the Federal Circuit disagreed:

In contrast to Diehr, claim 1 recites a method that changes the way electronic information is displayed via an unknown and unclaimed process. Absent any limitation to how the data are changed, there is little, if any, transformative effect. Data are still data.

The problem, according to the court, is that the patent simply does not reach any inventive “technical manner” in which the “data is gathered, analyzed, or output.”

284 thoughts on “Eligibility: Get Technical or Get Denied”