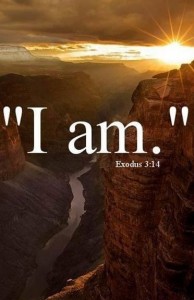 will.i.am of the Black Eyed Peas (and solo) has a registered mark on his professional name, but is now seeking a mark of more biblical proportions: “I AM.”

Actually, his company i.am.symbolic already has registered the mark “I AM” for all sorts of clothing in class 25, but is now seeking to register the mark in other classes including cosmetics, sunglasses, and jewelry.  The problem for will.i.am is not the Talmud, but instead the “I am” mark owned by beeline group that sells sunglasses, jewelry as well as registrations of the same mark owned by others.

The key question for rejecting a registration is whether the use of the mark would create a likelihood of confusion.  Although will.i.am is a well-known music group front man, he is not widely known simply as “i.am.” According to the court, the application offers no meaningful limitation on the mark so as to more directly tie that link (such as indicating the i.am mark will always be used in conjunction with the will.i.am mark).   Although the mark registration indicated that the goods would be used in ways “associated with . . . will.i.am,” the court found that the limitation was not meaningful.

4 thoughts on “I.AM NOT REGISTERED”