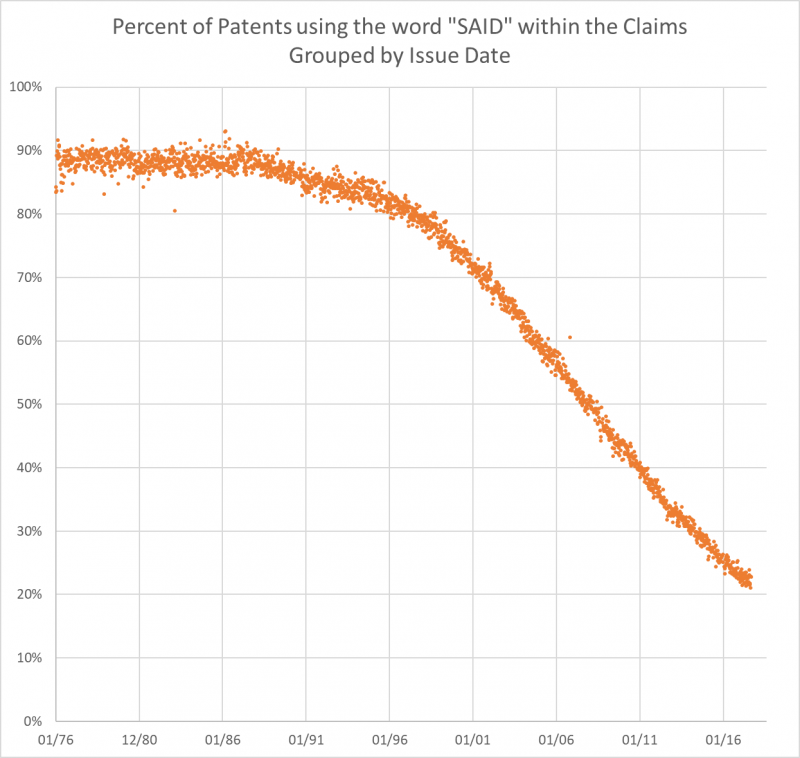 The chart above provides an update to my prior post – looking at patents issued over the past 40 years and finding the proportion of patents that use the word “SAID” within the patent claims.

During this time, there has been a general trend in legal writing toward the use of Plain English rather than legalese, and I believe that the chart here is generally representative of that trend.  Some agencies, such as the SEC, have required the use of plain English in documents submitted for public disclosure. The USPTO has not yet taken that route. However, the USPTO is required to ensure that its own publications are “clear, concise, and well organized.” Plain Writing Act of 2010.

How I describe Said Invention