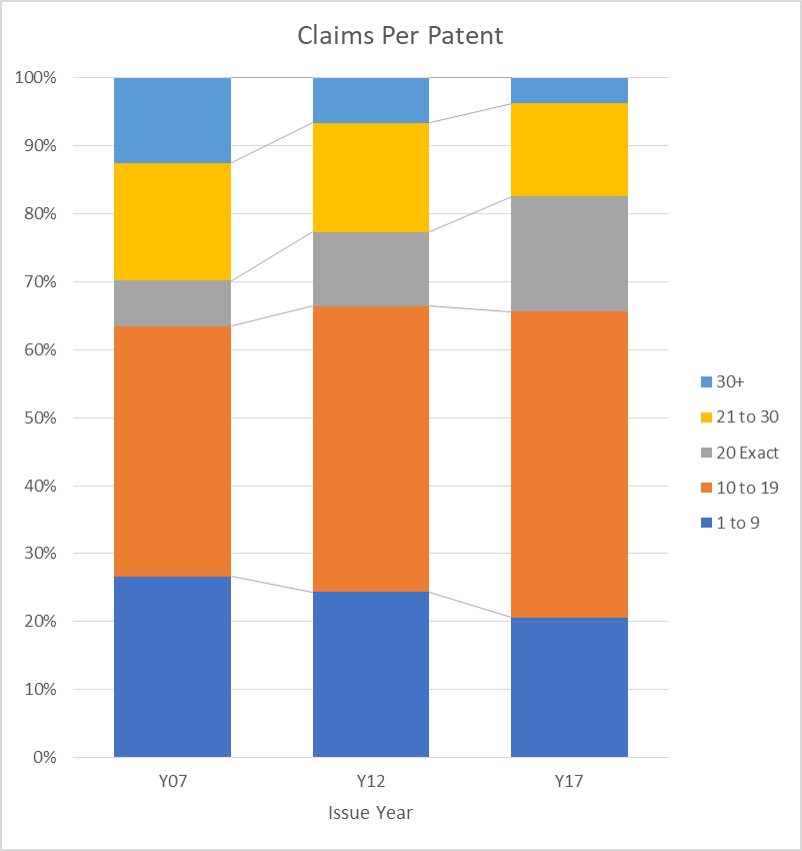 The chart above might take a couple of minutes to digest, but the main point is that, while the median patent has remained relatively unchanged, patents are becoming more uniform in size. 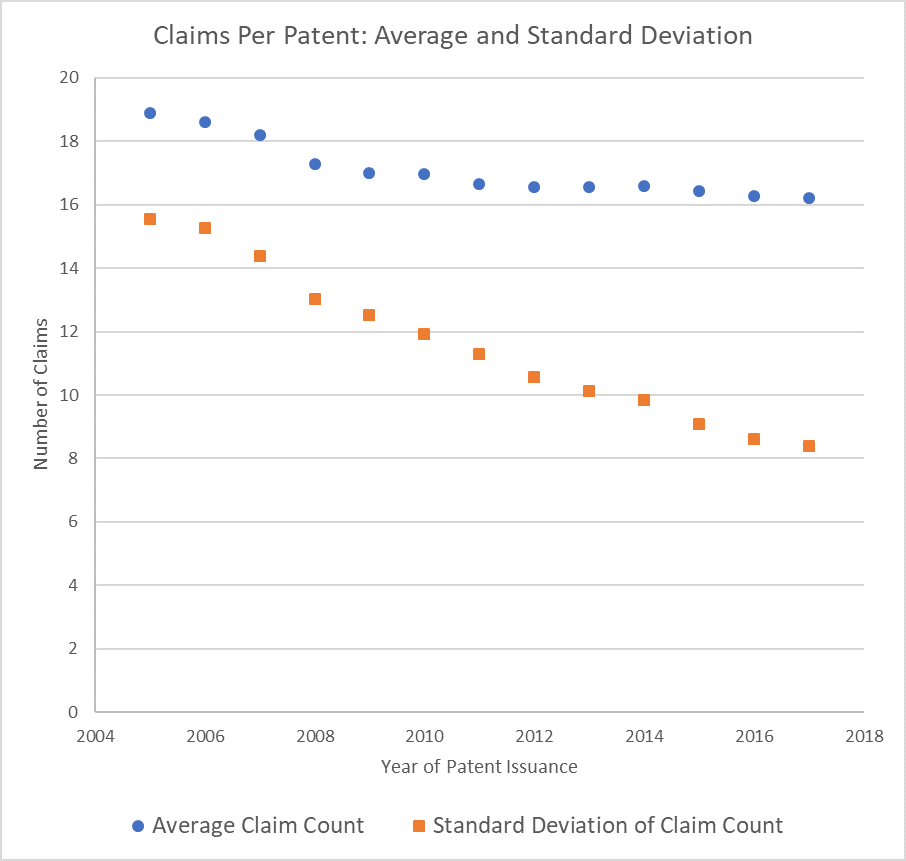 Causes: It is easy to postulate on the causes for the changes here.  First up is USPTO Fees.  Starting in 2004, the USPTO substantially increased the cost of filing patents with >20 claims or >3 independent claims.  This led to a substantial decrease in “jumbo” patents with many patent claims. Today, it is quite a bit cheaper (w/r/t USPTO fees) to file two patent applications with 20-claims (3 independent) each rather than one application with 40-claims (6 independent).

In addition to USPTO fees, the market for patent prosecution has shifted significantly to patents-as-a-commodity with recognized usual costs.  The fixed-cost approach means that a change from the usual 20-claim standard will involve a heightened level of review and approval — something many outside counsel avoid.  Often, the fixed-cost agreement includes the particular number of claims to be drafted.  This reasoning can also be combined with the continued increase in the proportion of foreign-originated patents – many foreign applicants enter the US system with a smaller claim-set (based upon high foreign fees for jumbo claims).

Some folks believe that restriction practice is also to blame here, but I have not thus-far found a significant increase in restriction requirements during this time.  (Percentage of applications filed as divisionals is down during this time period).

Good or Bad?: Perhaps a question for a different post, but the standardization has some important benefits: reducing transaction costs between applicant and attorney and facilitating better management of patent examiners.  The lower number of claims may also make it easier for third parties to understand the scope of what is claimed — however this is only true if the ‘extra’ claims are not simply being replaced by an ‘extra’ patent.