After a couple of years of stagnant growth, the USPTO has issued record numbers of both utility and design patents in 2017. (Charts below).  The number of new utility applications is down over the past couple of years (excluding continuations and CIPs).  Rather than being due to more inflow, the rise in issuance can be explained primarily by an increased issuance rate as well as efforts to reduce “rework.”

Question in my mind: Are applicants filing measurably better patent applications now than they were 10 years ago? 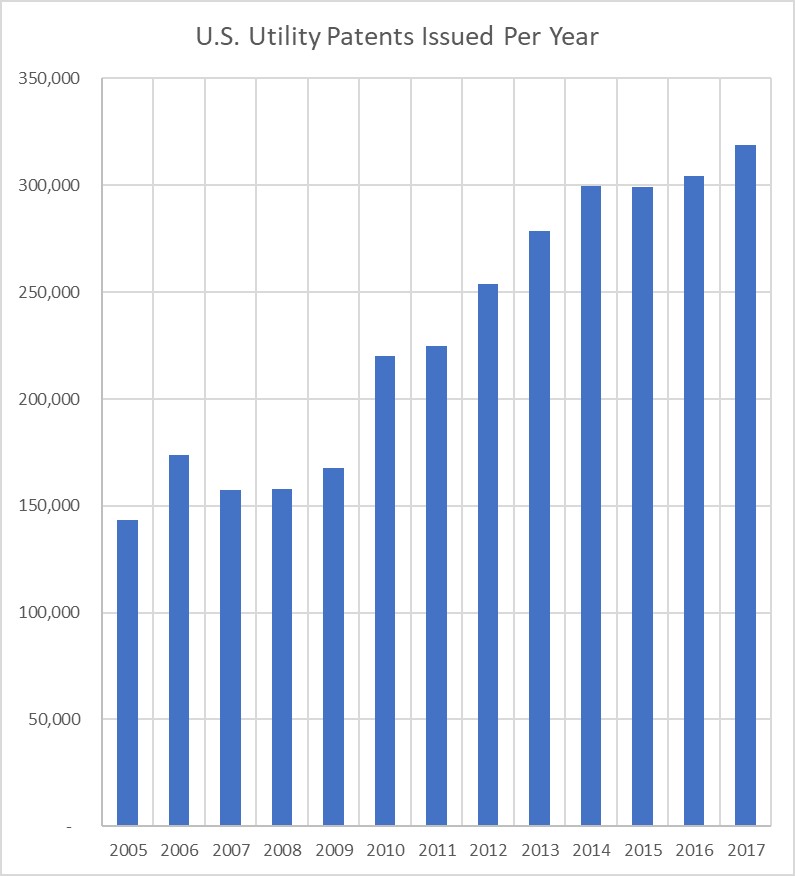 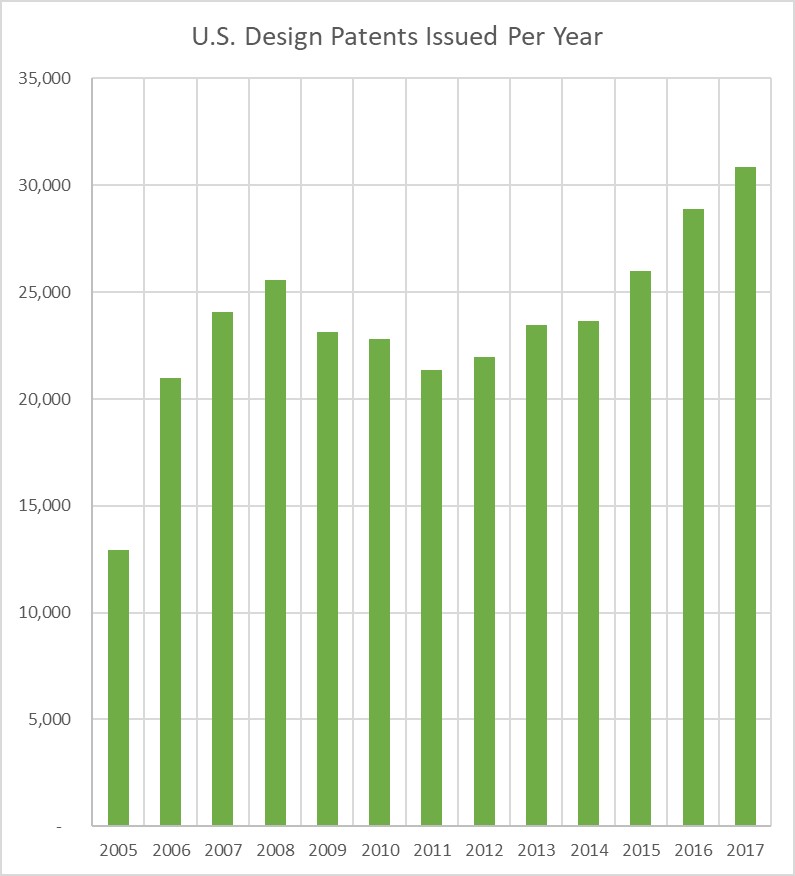