Here’s my addition to Dennis’s holiday patent post, based off materials I used for my Patent Law exam this year.   The technology involves recent interest of mine: making clear ice cubes.  Thanks to the cocktail renaissance of the 2000’s, there’s been a new interest among home bartenders in upping their game.   And what better way to show off than with a crystal-clear sphere of ice?

A day before to the exam, students were given a packet of documents that included a copy of a 2009 weblog post by Camper English, reprinted with permission.  English’s blog post talks about using “directional freezing” (described as freezing water from the top-down) in order to produce clear ice.  Students were asked to assume the following:

Camper English was the first person to discover that clear ice could be produced in a home freezer by freezing the ice in a directional manner.  English published these findings on a weblog on December 28, 2009, a copy of which you were provided in Appendix A.  English immediately filed a patent application that contained the following claim.

Analyze the patentability of the claim under current patent eligible subject matter law.

The remainder of this series of questions revolved around an actual patent for producing clear ice spheres, Patent No 9,784,492, and a hypothetical infringement suit.  I found the concept embodied in the ‘492 patent quite clever: create an insulated two-part mold with a small hole in the bottom leading to a reservoir.  This setup produces clear, shaped ice. The ‘492 patent is assigned to Wintersmith (commercial embodiment).  Claim 1 reads:

a mold designed and configured to be removably installed into the insulating vessel via the opening each time the device is used to make the piece of ice, the mold:

a cup designed and configured to:

receive the mold so as to laterally constrain the mold during use of the device;
be inserted into the insulating vessel during use of the device; and
include an opening in registration with the exit hole of the mold so as to allow the exit hole to fluidly communicate with the hollow void;
wherein the cup has a substantially cylindrical interior and the mold has a like-shaped exterior designed and configured to confront the cylindrical interior when the mold is fully engaged with the cup. 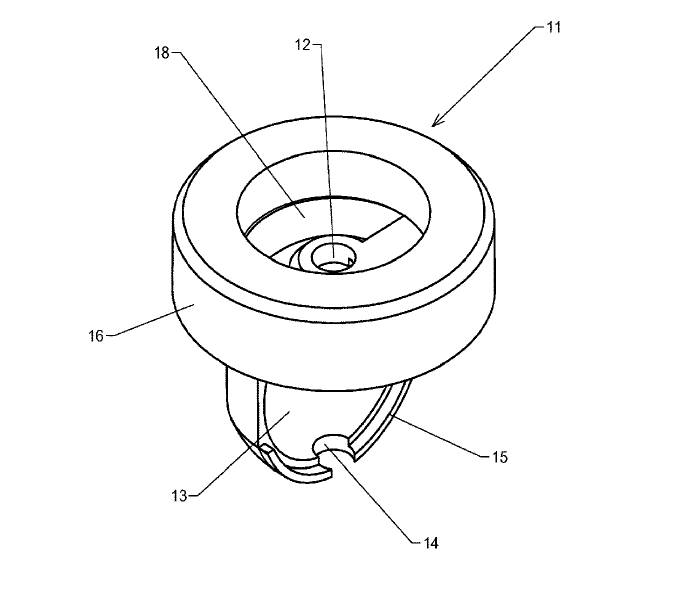