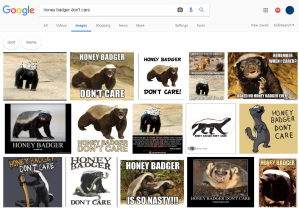 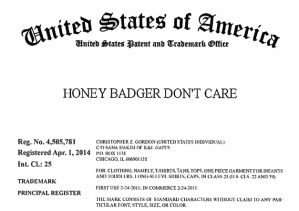 After Drape Creative, Inc. and Papyrus-Recycled Greetings, Inc. started using the catchphrases on greeting cards, Gordon sued for Trademark misappropriation.  The cards at issue here are pretty low humor as shown by the exhibit below: 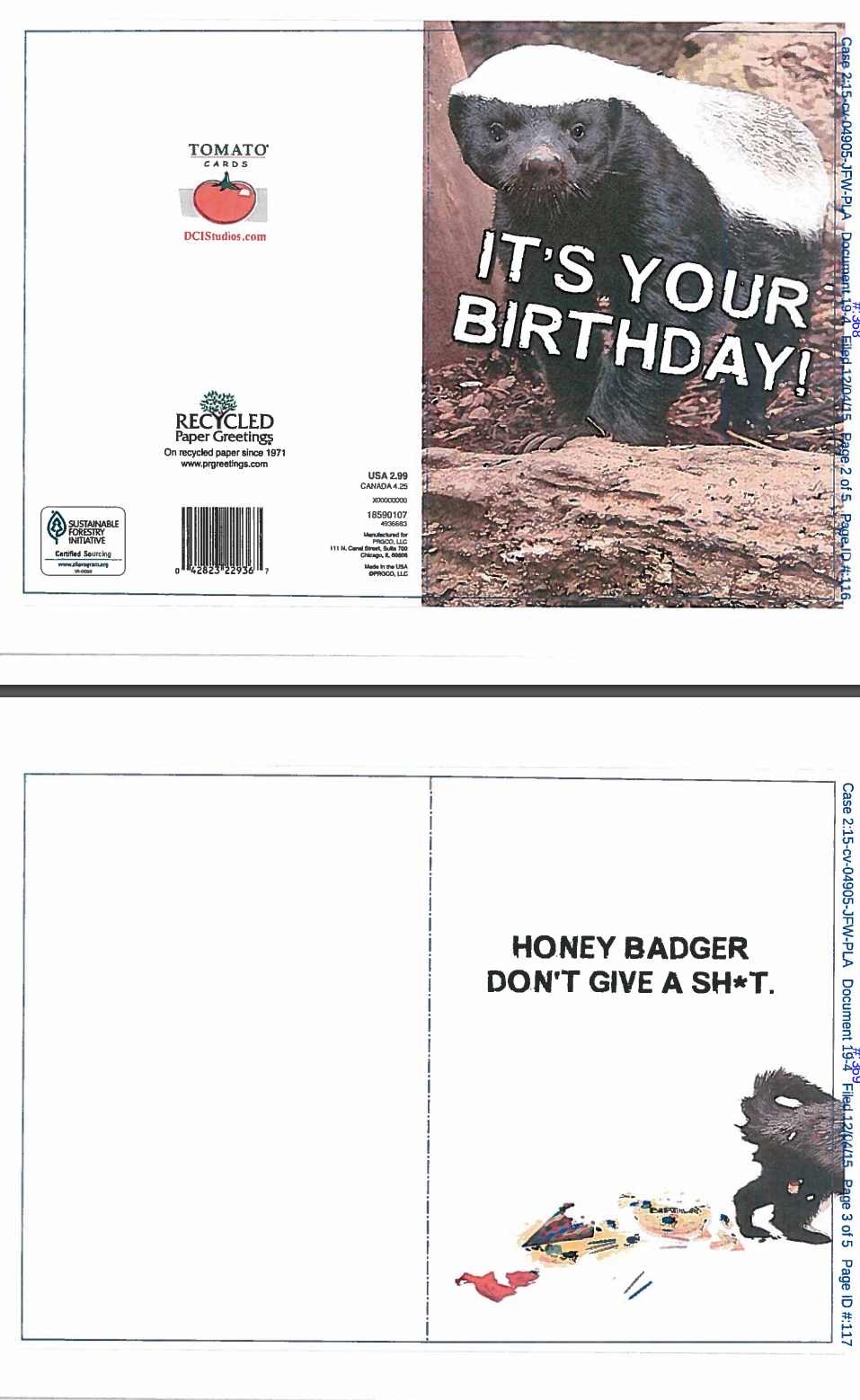 Despite the low humor level, the lower court dismissed the case on free speech grounds — finding that the expressive value trumped the risk of customer confusion.  This past summer the 9th Circuit reversed that dismissal.  [9th Cir. Decision]

Now, the defendants are asking for an en banc rehearing.  The basic question involves a balance between avoiding customer confusion (trademark law) and freedom of speech (First Amendment).

For “expressive works” accused of improper TM use, the 9th Circuit follows the balancing test of Rogers v. Grimaldi., 875 F.2d 994 (2d Cir. 1989). Rogers calls for enforcement of TM rights only “where the public interest in avoiding consumer confusion clearly outweigh the First Amendment protection extended to socially valuable expressive works.”  Although the balance may be shifted by the commercial nature of the use, Rogers still applies.

Here, the 9th Circuit found at least a disputed issue of fact on the question of whether the accused cards added “any value protected by the First Amendment” instead of merely appropriating the goodwill of the poor Honey Badger. The new petition for rehearing argues that the 9th Circuit misapplied Rogers and improperly complicates the issue.  In particular, the 9th Circuit’s held that for the First Amendment protections to apply “the mark must both relate to the defendant’s work and the defendant must add his own artistic expression beyond that represented by the mark.”  The petition argues this new comparative expression rule goes well beyond Rogers.

A group of law professors led by Profs. Mark Lemley (Stanford), Mark McKenna (Notre Dame), and Rebecca Tushnet (Harvard) have joined together in supporting the rehearing.  The professors particularly focus on the 9th Circuit’s focus on the TM holder’s expressive creativity.  While creativity may be wonderful — creative expression is protected by copyright law rather than TM law:

Mr. Gordon is a successful creator. But it is copyright law that provides protection for creators and their creative contributions. Trademark law, by contrast, provides protection for the source-identifying functions of marks—not for the creative or expressive content of those marks or their social meanings. The Rogers v. Grimaldi test is a vital way to implement the distinction between source identification and expressive meaning when a trademark is allegedly infringed by an expressive, noncommercial use. The panel’s addition of a new, “non-artistic relevance” inquiry, and particularly its application of that test in this case, threatens Rogers’s protection across a broad range of works and creates a conflict with copyright law and with prior decisions of this and other circuits.