The USPTO has released a draft version of its 2018-2022 Strategic Plan and is seeking comments before finalizing the document later this year.  The plan will serve as a key marker of Dir. Iancu’s strategic leadership.  Although a bit of a dog-and-pony show, the PTO Strategic Plan can serve as a single of where the agency is headed and can be used to help ensure that all key decisionmakers are on the same trajectory. If there is something that the PTO SHOULD be doing, now is the time to highlight that role.  Still, recognize that the value in most strategic plans is the learning process that occurs in developing that plan.  It is now your chance to participate — Send comments on the draft to Strategicplanning1@uspto.gov by September 20, 2018.

The Strategic Goals reflect the fact that the PTO is primarily a bureaucratic agency — and the main goal is quality bureaucracy.  That means efficient, correct, and timely work.  Thus, the PTO’s first strategic goal is “Issuing reliable IP rights.”

The draft goes into some loose detail on the various issues that is fairly well summarized by the following tables: 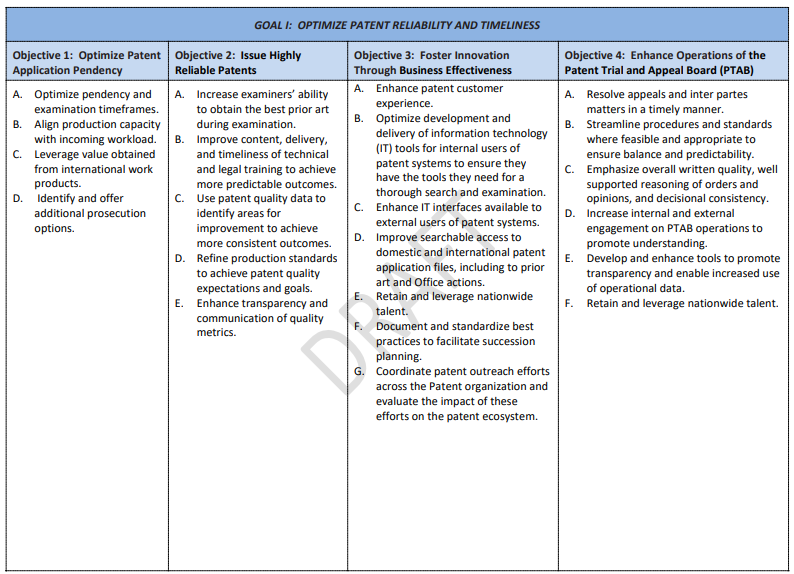 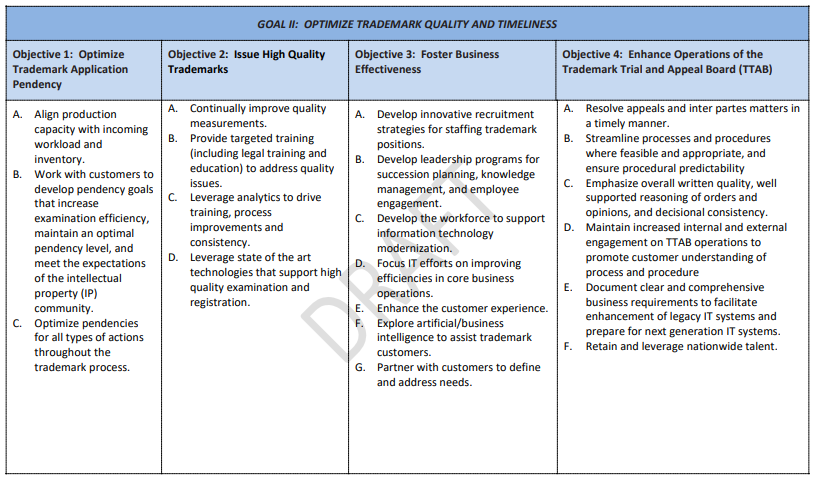 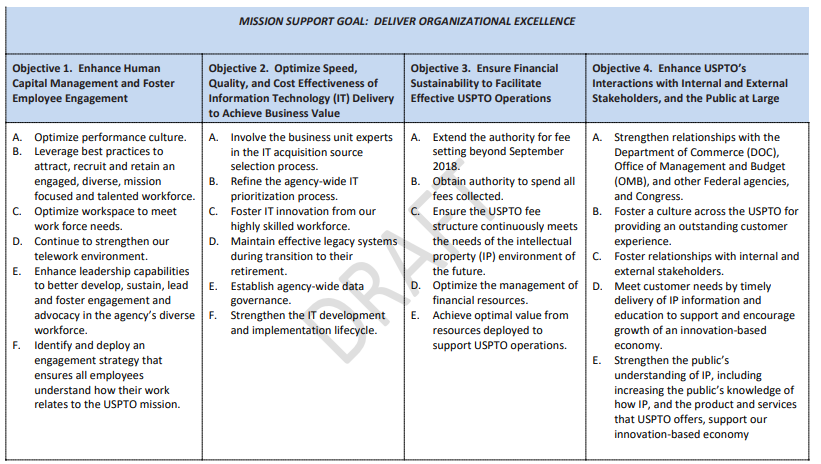