Prof. Ned Snow (SC) has published several articles on the interplay between free speech and intellectual property rights. His most recent article is titled Denying Trademark for Scandalous Speech. I asked him to provide some comments on the Brunetti FUCT case. – DC 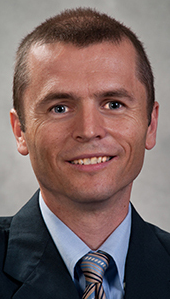 The arguments against the scandalous clause are several.  Trademark law, it is argued, should concern itself with consumer efficiencies and commercial goodwill—not the psychological protection of children or the majoritarian morality.  Consumers choose whether they will view a mark; so by trademarking a scandalous image, no one is forcing anything on anyone.  Besides, it’s inevitable that children will hear and see much worse in schools and on the internet.  Furthermore, given the diverse moral views in society, a moral-based criterion seems very subjective to enforce.  Trademark eligibility, it is argued, should not reflect the moral code of the PTO, a judge, or anyone else for that matter.  It should reflect laissez-faire ideals: if there is demand, let the market supply it.  So go the arguments.

But these arguments are misplaced.  The focal point of Brunetti is not about whether the scandalous clause seems unwarranted or foolish.  That the clause apparently does not reflect good policy is irrelevant to the discussion at hand.  Why?  Because this is a case about separation of powers—not about policy arguments for or against the scandalous clause.  This is a case about whether courts have power to strike down an act of Congress.  As seemingly unwise as congressional acts may be, the Constitution provides Congress a large measure of discretion before a court must step in and strip away the majority’s will.  This simple, bedrock principle often gets lost in the debate.  The debate quickly moves to the merits of whether the scandalous clause makes good sense in trademark law.  As interesting as that question may be, it is not the focus here.  The question here is whether Congress has exceeded its broad discretionary authority.

Viewed through this framework, the issue takes on a new light.  The presumption is that Congress always acts within its discretionary authority to pass a law.  But of course Congress shall make no law abridging the freedom of speech.  And when does “abridging” occur?   Case law indicates that when Congress is imparting a benefit rather than imposing a penalty, the argument that an abridgment has occurred becomes much weaker.  When Congress is giving a property right rather than taking one away, the Court has interpreted the Constitution as providing Congress much more leeway to make laws that affect speech content.  Enter the limited-public-forum doctrine.  The trademark system amounts to Congress distributing a resource in order to facilitate private speech that promotes commercial transactions.  This description nicely fits the meaning of a limited public forum.  Accordingly, insofar as Congress’s choice of how to determine trademark eligibility is at least reasonable in light of trademark’s purpose, and insofar as Congress does not favor a particular viewpoint, Congress is not abridging speech.  In that situation, courts lack power to invoke the First Amendment as a basis to condemn Congress’s choice.

The issue, then, boils down to whether the scandalous clause is viewpoint neutral, and whether its restriction is at least reasonable in view of trademark’s general purpose of promoting commercial transactions.  Viewpoint neutrality turns on the meaning of scandalous.  If scandalous means anything offensively immoral (which is what the “immoral clause” means), or alternatively, if scandalous means an actual scandal (e.g., no trademarking content about Russian election meddling (?)), then the clause would be viewpoint discriminatory.  Under those meanings, the clause would enable government to restrict speech based on offense caused by a speaker’s view of what is right and wrong, or based on offense caused by a speaker’s view on a public matter.  Matal v. Tam teaches that a restriction based on offense caused by a speaker’s view (i.e., disparaging content) is viewpoint discriminatory.  On the other hand, if scandalous means offensively pornographic or vulgar—which represents the overwhelming majority of content that the PTO currently rejects for registration under that clause—the clause appears viewpoint neutral.  Under that meaning, the clause would not be targeting content based on offensiveness of any viewpoint, but rather based on offensiveness of the content’s public visibility and effects.  That a person is offended by an image of sex used as a trademark—publicly visible for anyone to see—does not imply that the person is offended at the idea of sex.  This distinction is important in assessing viewpoint neutrality.  On this point I direct readers to my article, Denying Trademark for Scandalous Speech, 51 U.C. Davis 2331 (2018), for further discussion.

As for the question of reasonableness, the bar is not high.  The reason for Congress’s enacting the scandalous clause need not compel the conclusion that the clause makes good sense as a matter of policy.  It need not demonstrate the wisdom of its enactment.  Rather, the reason must merely show that Congress was attempting to pass a law that supported the general purpose of trademark law—promoting commercial transactions.  Congress can meet that burden.  First, children represent a significant segment of the commercial marketplace.  Pornographic and vulgar content pose psychological harms to children, so discouraging such content promotes children’s well being in the commercial marketplace.  Second, a significant segment of the commercial marketplace finds the public visibility of pornographic or vulgar content to be objectionable.  Arguably, then, scandalous marks inhibit full market participation.  Third, pornographic marks may cause consumers to make decisions based on imperfect information.  Social science suggests that pornography leads to addictive behaviors in some consumers, harming marriages and family relationships.  Consumers often fail to account for such negative effects, thereby inaccurately valuing the utility that they will receive from the pornographic marks or their associated products.  Thus, the restriction on scandalous content appears reasonable in light of trademark’s general purpose of promoting commercial transactions.

As already stated, these reasons do not necessarily imply that Congress should have enacted the scandalous clause.  Indeed, the clause may be criticized for various reasons.  The clause certainly calls for subjectivity in its enforcement—as much subjectivity as enforcing the distinction between descriptive and suggestive marks; assessing the presence of secondary meaning; or determining that a mark has become generic.  The clause certainly does not represent a laissez-faire approach—much like the regulation of public television and airwaves (restricting pornographic and vulgar content), or the very trademark system itself (creating an artificial monopoly).  The clause certainly does not further source identification—just like the clauses that prevent registration of government flags or insignia, portrayals of deceased presidents, portrayals of living individuals, and surnames.  The clause may even result in market inefficiency—although not as much inefficiency as results from trademark’s dilution rights.  All these problems with the scandalous clause may be lamented and bemoaned, but they do not suggest that Congress has abused its discretion by abridging the freedom of speech.  These problems are relevant to a much different discussion—a discussion about whether we—through Congress—should change this law.  They do not inform the discussion about whether the Constitution gives courts power to reject our will.