In its July 2018 decision, the Federal Circuit vacated a PTAB IPR final decision over a prior-art dispute — whether a GoPro catalog counts as prior art as a “printed publication” under 35 U.S.C. 35 U.S.C. § 102(b) (pre-AIA). Below I discuss the July Federal Circuit decision as well as the November 1 panel revision decision. 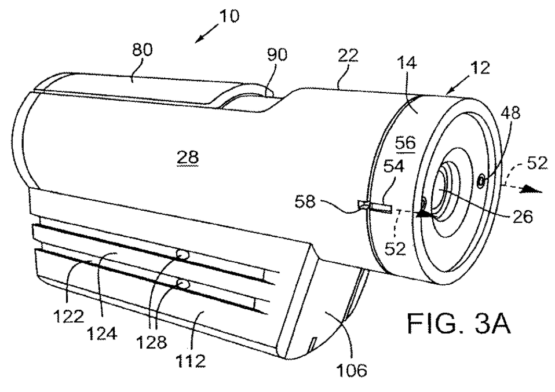 The Federal Circuit has broadly interpreted “printed publication” to include all sorts of documents — so long as they were either (1) distributed to relevant members of the public; or (2) accessible to the relevant public.

A reference will be considered publicly accessible if it was ‘disseminated or otherwise made available to the extent that persons interested and ordinarily skilled in the subject matter or art exercising reasonable diligence, can locate it.’ Blue Calypso quoting Kyocera Wireless.

Here, the catalog in question was taken to the Tucker Rocky dealer-only trade show in Fort Worth Texas in July 2009 (before the critical date).  Tucker Rocky is a wholesaler of “action sports vehicles like motorcycles, motorbikes, ATVs, snowmobiles, and watercraft.”  A GoPro employee testified that he took the catalog to the show where it was displayed and distributed to attendees. The employee also testified that the GoPro continued to make the catalog available to “actual and potential customers, dealers, and retailers through its website, direct mail, and other means of distribution.”  In its response, Contour provided evidence that the Tucker Rocky show was limited only to dealers — and not open to the public.  The PTAB found the GoPro employee’s testimony credible — but found it insufficient to prove public accessibility — since the show was not advertised or announced to the public.  According to the Board — the fact that dealers attended was insufficient because dealers do sales not camera engineering — i.e., dealers are not persons of skill in the art of camera making.  Thus, this dealer show is different from an academic meeting where the attendees are skilled in the art.

On appeal, the Federal Circuit disagreed with the PTAB’s conclusions — holding that the Board too narrowly “focused on only one of several factors that are relevant to determining public accessibility in the context of materials distributed at conferences or meetings. . . . [O]ur case law directs us to also consider the nature of the conference or meeting; whether there are restrictions on public disclosure of the information; expectations of confidentiality; and expectations of sharing the information.”

After reviewing the matter Federal Circuit rejected the PTAB analysis and found that the catalog’s use at the show counted as prior art.

Its original opinion focused more on factual matters — disputing some findings of the PTAB.  The new revised opinion focuses more on legal errors made by the PTAB — making this perhaps a more supportable opinion.

For a conference distribution, the key added line makes clear that the distribution can still count as a publication — even if not directly distributed to any person of skill in the art.

When direct availability to an ordinarily skilled artisan is no longer viewed as dispositive, the undisputed record evidence compels a conclusion that the GoPro Catalog is a printed publication as a matter of law.

It is this line that serves as the source of the essay title.  In the original opinion, the court quibbled with the notion that dealers were not PHOSITA.  The revised opinion substantially drops that argument and explains that the factor simply is not determinative.

I have black-lined the primary changes in the text based upon the rehearing decision:

Although the trade show was only open to dealers, there is no evidence or indication that any of the material disseminated or the products at the show excluded POV action cameras, or information related to such cameras.    This is especially true in light of the evidence that Tucker Rocky is a trade organization directed to action sports vehicles and accessories related thereto.  J.A. 4319.

The Board concluded that the GoPro Catalog was not a printed publication because the Tucker Rocky Dealer Show was not open to the general public and GoPro failed to provide evidence that someone ordinarily skilled in the art actually attended the dealer show.  But, the standard for public accessibility is one of “reasonable diligence,” Blue Calypso, 815 F.3d at 1348, to locate the information by “interested members of the relevant public.”  Constant, 848 F.2d at 1569 (emphasis added).  Mr. Jones testified that the dealer show was attended by actual and potential dealers, retailers, and customers of POV video cameras.  Additionally, the GoPro Catalog was disseminated with no restrictions and was intended to reach the general public.  Based upon Mr. Jones’s testimony, the evidence provided by GoPro regarding the Tucker Rocky Dealer Show, and the evidence of the Tucker Rocky Distributing website, we conclude that GoPro met its burden to show that its catalog is a printed publication under

Although the court did not well on this issue, the court noted that the patentee did not depose or cross examine the GoPro employee (Jones) who testified.  In hindsight, that may have been a strategic mistake.  Although Jones would have likely stuck to his testimony, a deposition would have likely been able to poke various holes into the account.

The revised opinion has a few other minor changes:

Going back to NTP, the court cited to a particular statement in Klopfenstein for its conclusion that public accessibility is a question of fact:

NTP.  Unfortunately, the NTP court badly mis-paraphrased Klopfenstein.  The more complete quote from Klopfenstein on this issue is as follows:

Klopfenstein.  NTP took this quote to mean that the issue of public accessibility is a question of fact. But, as you can see, the quote refers to the broader issue of whether a document is a “printed publication” and actually holds that it is a question of law.

27 thoughts on “Federal Circuit: Conference Distribution Still a Printed Publication even if No PHOSITA Attend”