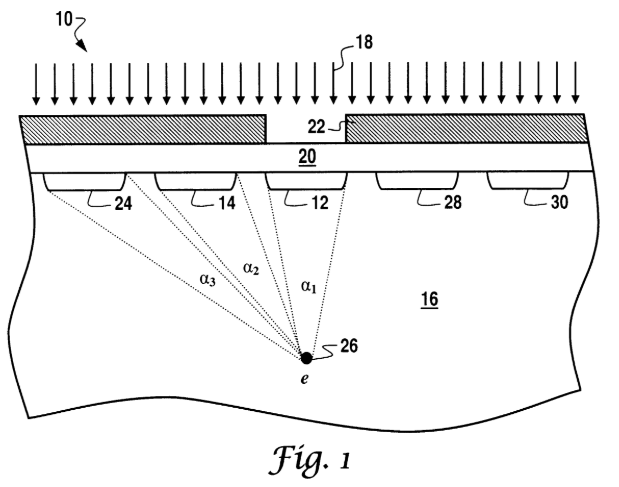 A tough aspect of the patent case against Intersil itself is that 98.8% of its products are manufactured, packaged, and tested abroad — then delivered to customers abroad. U.S. patent law is territorial and almost none of the products were made, used, or sold “within the United States.” 35 U.S.C. 271(a).  In its new petition for writ of certiorari, TAOS argues that the infringer should still be liable becase it made “offers to sell” the invention within the US.

Here, the evidence shows that an offer was made in California by Intersil to sell the accused sensors to Apple at $.035 each.  Although the offer was made in California, delivery was set outside the U.S.  The delivery location is critical under the leading Federal Circuit decision in Transocean Offshore Deepwater Drilling, Inc. v. Maersk Contractors USA, Inc., 617 F.3d 1296 (Fed. Cir. 2010).  In Transocean, the court held that “offers to sell . . . within the United States” are limited to offers where – if accepted – the sale will occur in the United States.   Now TAOS raises the following question to the Supreme Court:

[Petition].  Linguistically — the basic question is whether “within the United States” clause modifies “offers” or “sell” (or perhaps both). In the context of the statute’s list of bad actions it is pretty clear that the focal point is “offers.”

35 U.S.C. 271(a). There is really no Congressional guidance on what was intended when the law was implemented as part of the Uruguay Round Agreements Act (1994).

In Transocean, the offer was made in Scandinavia to but for delivery in the US — the court held this as infringing because the sale was going to take place in the US. “In order for an offer to sell to constitute infringement, the offer must be to sell a patented invention within the United States. The focus should not be on the location of the offer, but rather the location of the future sale that would occur pursuant to the offer.”  Id. The Supreme Court called for views of the Solicitor General in that case, but the parties settled prior to resolution.   Now the court has another chance to consider the issues.

The importance of this case is much greater following the Supreme Court’s recent decision in WesternGeco LLC v. ION Geophysical Corp.  In that case, the court indicated that foreign consequential damages are available to compensate for U.S. acts of infringement.   Here, that could mean that TAOS could collect damages for the foreign made products that stemmed from the US originated offer. 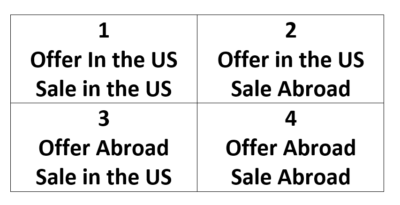 36 thoughts on “Infringing?: Offers (made in the US) to Sell (abroad)”