The new HUAWEI indictments make include some amount of comedy.  The basic claim centers on an anthropomorphic robot named “Tappy.”   Tappy is owned by T-Mobile, but HUAWEI was allowed to use Tappy to test phones it was making for T-Mobile (subject to a non-disclosure agreement).  HUAWEI then started developing its own robot — with the much less friendly name of xDeviceRobot.   HUAWEI tried to buy Tappy, but was refused and so figured out a way to infuse xDeviceRobot with some of Tappy’s features.  That infusion of ideas is what los federales consider criminal theft of a trade secret in violation of the Federal Economic Espionage Act. 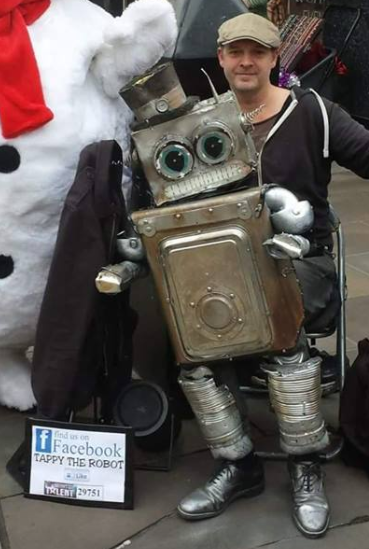 I’ll note here that Tappy the Robot is also a street performer with its (his?) own FaceBook page.  I might suggest a dance-off to settle the dispute.

50 thoughts on “Tappy the Robot vs xDeviceRobot”