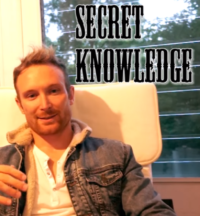 A recent decision by the Colorado Supreme Court has ordered Mr. Dak Steiert (and his company Intelligent Patent Services) to cease unauthorized practice of law in Colorado.

“our patents are drafted entirely by patent attorneys with at least 5 years experience. Unlike any other firm, we do not use paralegals to draft patents. we don’t let rookie attorneys draft your application) then give it to a senior employee for a brief glance…”

Steiert is not a lawyer or patent agent, but did hire experienced patent attorneys to do the work on a contract basis.  The problem though his that nonlawyer Steiert “engaged in the unauthorized practice of law by advertising, offering, and providing the legal services of patent attorneys to inventors in Colorado.”  Colorado precedent prohibits non-lawyer owned companies “from offering or purveying legal services of licensed lawyers.”

Steiert apparently also drafted at least one set of patent claims — something that the Supreme Court’s Presiding Disciplinary Judge also identified as unauthorized practice of law.  In a separate proceeding, prosecutors in Eagle County, Colorado have charged Steiert with fraudulent advertising, criminal impersonation (of patent attorneys), and criminal “bait advertising.”  That case is prepping for trial.

I’ll note here that Steiert argued that the alleged practice of law in this case was the practice of patent law.  As such, the appropriate regulator is the USPTO and not the Colorado Supreme Court.  The Presiding Disciplinary Judge rejected that allegation.  However, Steiert’s argument has some precedential merit. In particular, Federal Judge in Missouri dismissed a somewhat similar case against LegalZoom for its patent drafting system. Janson v. LegalZoom.com, Inc., 802 F. Supp. 2d 1053 (W.D. Mo. 2011). In particular, the court held that Missouri’s laws governing unauthorized practice of law were preempted by the Patent Act and USPTO regulations.

Michael McCabe has discussed the case in several posts on his IPEthics Blog.

59 thoughts on “Unauthorized Practice of Patent Law and State Regulators”