The decision here offers a reminder of the objective nature of the obviousness analysis.

Conrad’s invention is a urine-deflector — especially useful when toilet-training low-accuracy children. The main idea is to block the opening between the toilet seat and the toilet bowl with a bendable deflector that “lacks a folding seam” — a design element added to avoid incidental urine collection and resulting malodor. The product is sold as the P-Flector. 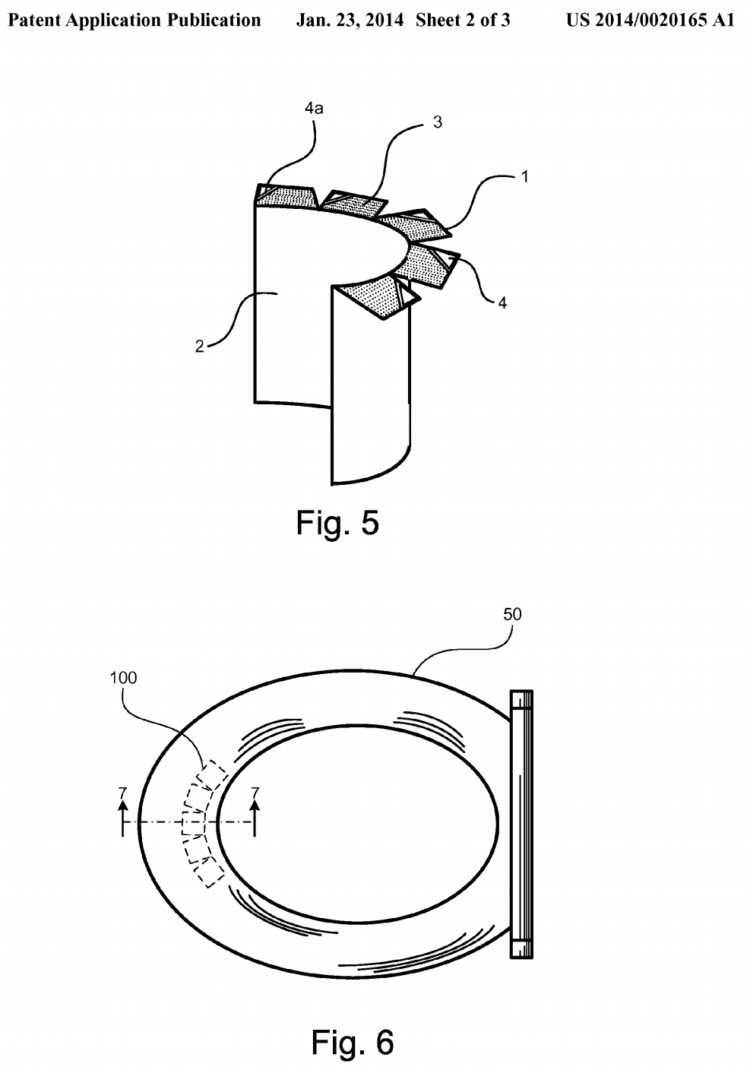 Prior art urine-deflectors included a shelf that allowed urine to collect.  Conrad identified that problem and then solved-it by creating his no-seam version.

The PTO basically ignored Conrad’s own problem-solution story and instead simply followed it standard approach: look for similar prior art and ask whether there was any motivation to combine those references to form the claimed invention.  On appeal, Conrad argued that the court should have given some weight to the fact that Conrad identified a particular problem and solved that problem.

In its non-precedential decision, the Federal Circuit has sided with the USPTO – confirming that the claim is obvious — and holding that the inventor’s identification of the problem need not be considered in the obviousness analysis.  And that the identified references could be combined to improve structural integrity — even without ever recognizing the odor-solution.

The Supreme Court and this court … have repeatedly held that the motivation that a person of ordinary skill in the art would have had to combine prior art references need not be the same motivation that inspired the patent owner. KSR Int’l Co. v. Teleflex Inc., 550 U.S. 398, 420 (2007) (“[A]ny need or problem known in the field of endeavor at the time of invention and addressed by the patent can provide a reason for combining the elements in the manner claimed.”); In re Kahn, 441 F.3d 977, 989 (Fed. Cir. 2006) (“[T]he skilled artisan need not be motivated to combine [a prior art reference] for the same reason contemplated by the [inventor]”); In re Beattie, 974 F.2d 1309, 1312 (Fed. Cir. 1992) (“As long as some motivation or suggestion to combine the references is provided by the prior art taken as a whole, the law does not required that the references be combined for the reasons contemplated by the inventor.”); In re Kronig, 539 F.2d 1300, 1304 (CCPA 1976). “[T]he problem motivating the patentee may be only one of many addressed by the patent’s subject matter.” KSR, 550 U.S. at 420.

Eibel Process and Sponnoble both stand for the proposition that the discovery of an unknown problem can result in a patentable invention, even if the solution would have been obvious once the problem is identified.  They did
not address whether the Board must consider the discovery of an unknown problem when there exists an independent motivation to combine prior art references. Instead, those cases found that the inventor’s discovery of and solution to an unknown problem weighed in favor of non-obviousness because the proffered reason to modify the prior art did not present a specific, alternate basis that was unrelated to the rationale behind the inventor’s reasons for making the invention. Here, the examiner and the Board determined that a person of ordinary skill in the art would combine the ’009 publication with Raviendran for a reason independent from solving the problem identified by Conrad—to improve structural integrity by removing the folding seam. And this motivation to combine was not challenged by the patentee before the Board.

The problem/solution approach to obviousness could be interesting to consider in parallel to eligibility analysis — noting that the non-obvious problem identification can – at times – lend patentable weight.