In this case, the Federal Circuit held that the prohibition on registering “immoral” or “scandalous” marks is a facial violation of a registrant’s First Amendment free speech rights.  Here, Brunetti is seeking to register the mark “FUCT,” which the solicitor identified as a close homonym of “the paradigmatic word of profanity in our language.” Oral arguments were held on April 15 before the nine Supreme Court justices.

In the case before the Supreme Court, the Government has conceded that the USPTO’s historic application of the test has been hit-or-miss, but that going forward the agency can be trusted to to draw the line against “marks that are offensive [or] shocking to a substantial segment of the public because of their mode of expression,
independent of any views that they may express.”  This would include words like FUCT, as well as certain sexually explicit images, for instance.

Although the prohibition is content based, the government argues that its approach would be viewpoint neutral – just like many of the other conditions for obtaining trademark rights.  This should lead to a lower level of scrutiny than that faced in Tam v. Matal (2017).  In addition, my view is that Tam itself was decided on thin grounds because trademark denial does not actually limit anyone’s speech.  The difficulty with merging speech issues with trademark law is – as Chief Justice Roberts stated at oral arguements – The whole point of this program [i.e., trademark law] is to regulate content.”

Here, it is clear that some regulations would be allowable — such as prohibiting registration of “obscene” marks.  However, the statute goes to far by broadly prohibiting registration of both “immoral” and “scandalous” marks.  The question is whether the Supreme Court is willing to effectively rewrite the statute to fit within the constitutional limits.  Justice Gorsuch got to the point: “We can fix your [overbroad statute] problem for you, I got that. . . [But] how is a person who wants to get a mark supposed to tell what the PTO is going to do? Is it a flip of the coin?”  As an example, this case focuses on FUCT, but FCUK and FVCK are already registered marks.

Justice Alito sees the case as potentially reinvigorating manifest destiny – “There’s going to be a mad scramble by people to register these marks . . . whatever lists of really dirty words . . . and all their variations.”

There are two important points to be made. First, the government does not defend the plain language of the statute. Nor does it defend how it’s been consistently interpreted for the last 70 years. Rather, it asks this Court to validate a hypothetical statute not enacted. 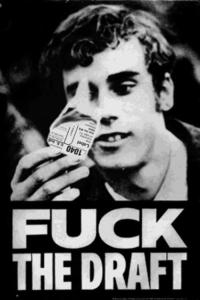 JUSTICE ALITO: Oh, come on. You know, come on.

JUSTICE GORSUCH: Cohen can have his T-shirt, but we are not going to trademark them, and we’ve held just last year that a patent is a public benefit that can be withdrawn without a judge. Why isn’t this also similarly a public benefit rather than a private right?

JUSTICE SOTOMAYOR: Why can’t the government say, no, we’re not going to give you space on our public registry for words that we find are not acceptable?

MR. SOMMER: Would the government be allowed to refuse registration of ownership of property because it’s bought by a church with a name that’s considered offensive? Could the Coast Guard refuse to register a boat because they think the name of the boat is a little bit salacious?

MR. SOMMER: We have a facial challenge here, so the question is, is it overbroad? And it doesn’t matter if Mr. Brunetti’s mark should be granted or not. It’s the statute as written and as applied, without exception, covers a fair amount of clearly core speech, of high-value speech.

[the risk of regulation here is that it can] take our level of discussion in our diverse society . . . to, you know, the lowest common denominator, the most squeamish among us.

Sommer made his point here, but where he faltered was on his additional argument that many of the scandalous restrictions are viewpoint based — the justices did not appear to follow that line of thinking.

JUSTICE KAVANAUGH: When does it not?

MR. SOMMER: Well, fleeting expletives and I think when it’s used without any relevance to the subject matter, such as in high school speech, and, of course, there still can be – –

JUSTICE SOTOMAYOR: Some — some of us would say that a vulgar word with relationship to selling clothes is sort of irrelevant?

MR. SOMMER: Well, it’s not irrelevant because, as Justice Ginsburg pointed out, the audience that Mr. Brunetti is appealing to is young men who want to be rebels. And this is how they do it.

Some interesting points of the discussion: does the “scandalous” nature of the mark apply to the public as a whole or only potential consumers (gov says “public as a whole”); if the statute is struck down, can the PTO still reject obscene marks (ans: yes, if not used in commerce).

In the rebuttal, the Government offered what appeared to be something of a veiled threat of dire consequences if the statute is invalidated — noting that the PTO already views TAM as prohibiting denial of registration for racial slurs

But with respect to the single-most offensive racial slur, the PTO is currently holding in abeyance applications that incorporate that word, pending this Court’s decision on — leave open the possibility that that word might be viewed as scandalous.

Section 2 of the Lanham Act includes a host of reasons for refusing to register a trademark.  The PTO may not register immoral or scandalous marks; marks that are deceptive; marks that disparage, falsely suggest a connection with, bring into contempt, or disrepute “persons, living or dead, institutions, beliefs, or national symbols;” governmental flags or coats of arms; “name, portrait, or signature” of a living person (without consent) or of a dead President “during the life of his widow;” marks likely to cause confusion or mistake because of their resemblance to other registered marks; marks that are merely descriptive or deceptively misdescriptive of the goods; etc.  If the Federal Circuit is affirmed here, it will be interesting to see what comes next.

34 thoughts on “Fooey on the Draft”