Odds are good that the biggest patent case of the year will be a copyright case. The Supreme Court recently granted certiorari in Google v. Oracle — a case focusing on copyright protections for the JAVA programming interface.  The innovations at issue in the case sit near the fuzzy ‘borders’ of copyright and patent law and a number of members of the court will be looking to define those dividing lines. 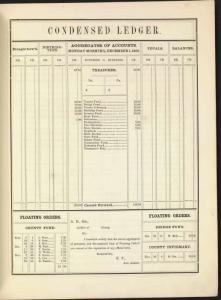 What is perhaps the key case on-point well known but quite old: Baker v. Selden, 101 U.S. (11 Otto) 99 (1880).  Selden had invented a new set of “condensed ledger” forms that improved the practice of bookkeeping.  Baker apparently copied the forms and sold them at a good profit. Selden’s Widow then sued for copyright infringement and won in the district and circuit courts.  However, the Supreme Court reversed — holding that copyright does not extend to the “art itself:”

The copyright of a book on book-keeping cannot secure the exclusive right to make, sell, and use account books prepared upon the plan set forth in such a book.

Instead of copyright, the Supreme Court suggested that Selden should have pursued patent rights. Here is a long quote from the case:

To give to the author of the book an exclusive property in the art described therein, when no examination of its novelty has ever been officially made, would be a surprise and a fraud upon the public. That is the province of letters-patent, not of copyright. The claim to an invention or discovery of an art or manufacture must be subjected to the examination of the Patent Office before an exclusive right therein can be obtained; and it can only be secured by a patent from the government.

The difference between the two things, letters-patent and copyright, may be illustrated by reference to the subjects just enumerated. Take the case of medicines. Certain mixtures are found to be of great value in the healing art. If the discoverer writes and publishes a book on the subject (as regular physicians generally do), he gains no exclusive right to the manufacture and sale of the medicine; he gives that to the public. If he desires to acquire such exclusive right, he must obtain a patent for the mixture as a new art, manufacture, or composition of matter. He may copyright his book, if he pleases; but that only secures to him the exclusive right of printing and publishing his book. So of all other inventions or discoveries.

The copyright of a book on perspective, no matter how many drawings and illustrations it may contain, gives no exclusive right to the modes of drawing described, though they may never have been known or used before. By publishing the book, without getting a patent for the art, the latter is given to the public. The fact that the art described in the book by illustrations of lines and figures which are reproduced in practice in the application of the art, makes no difference. Those illustrations are the mere language employed by the author to convey his ideas more clearly. Had he used words of description instead of diagrams (which merely stand in the place of words), there could not be the slightest doubt that others, applying the art to practical use, might lawfully draw the lines and diagrams which were in the author’s mind, and which he thus described by words in his book.

Even if the Supreme Court was serious at the time that Seldon should have gone after patent protection, today we know that such an attempt would be seen as improperly claiming an abstract idea under Alice Corp. v. CLS Bank International, 573 U.S. 208 (2014).  In its petition, Google explains that – as in Seldon, a “monopoly over those
methods and diagrams could be secured only by patent law, not copyright.”

[I]f the creator of computer code “wishes to obtain a lawful monopoly on the functional concepts in its software, it must satisfy the more stringent standards of the patent laws,” including novelty and nonobviousness. Quoting Sony Computer Entertainment, Inc. v. Connectix Corp., 203 F.3d 596, 603 (9th Cir.),
cert. denied, 531 U.S. 871 (2000).

Google Petition.  Google does not point out that these “functional concepts in its software” also lack patent eligibility under the new Supreme Court decisions.