Hearings tomorrow in the House of Representatives on PTAB Appointments Clause Issues arising from the Federal Circuit’s recent decision in Arthrex, Inc. v. Smith & Nephew, Inc., No. 2018-2140 (Fed. Cir. Oct. 31, 2019).  We have a law professor heavy panel with Professors John Duffy, Arti Rai, and John Whealan along with Bob Armitage (who tends to speak like a professor).

The basic framework is that the Constitution requires all “Officers of the United States” to be nominated by the President with “Consent of the Senate.”  U.S. Const. Article II, Section 2. The so-called appointments clause has a caveat that “inferior Officers” may be appointed by Courts or Heads of Departments if Congress so allows.  Currently PTAB Judges (Administrative Patent Judges) are treated as inferior officers by statute — appointed by the Secretary of Commerce.  However, the increased responsibility of AIA Trials has pushed their role into the territory of Principal Officers that must be appointed by the President. 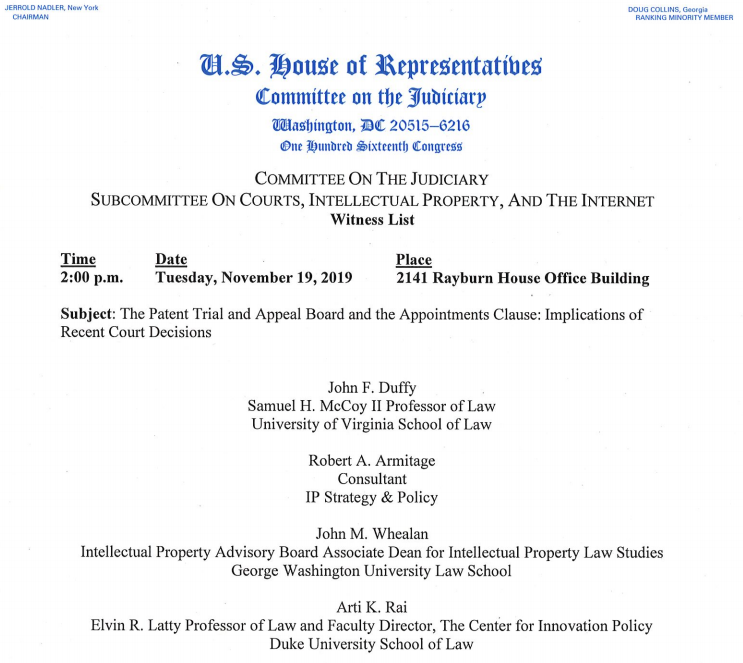