This is a nice short USPTO claim construction case. Heartland RV (Thor Indus.) filed its patent application back in 2012 claiming a movable-wall-structure for a travel trailer.  In the example given in the patent, the wall might divide the back “garage portion” of the trailer from the front “living quarters.”  The wall can then be adjusted according to the size of your ride. 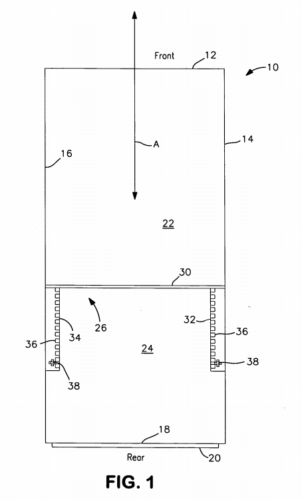 The problem, is that neither prior art reference is directed to a “travel trailer” but rather to more conventional shipping compartments as shown below. 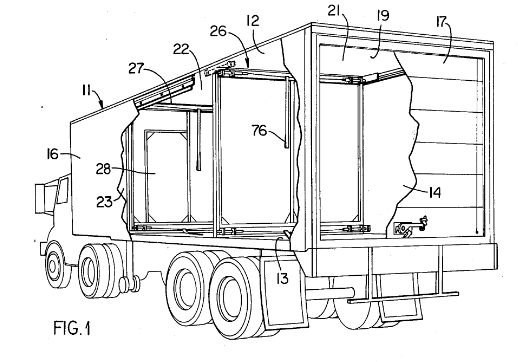 Although the are directed to a modified “travel trailer,” the PTAB gave no weight to that preamble term — finding that the broadest reasonable interpretation of the claims left that term as a mere non-limiting intended use.

On appeal, the Federal Circuit has reversed and remanded — holding that the preamble term is limiting because it serves as an antecedent basis for terms found in the claims.  The Federal Circuit also noted that a “travel trailer” is known in the industry as a particular type of towable RV — not simply an intended use of a trailer.

Probably the single most-popular class of towable RV is the Travel Trailer. Spanning 13 to 35 feet long, travel trailers are designed to be towed by cars, vans, and pickup trucks with only the addition of a frame or bumper mounted hitch. Single axles are common, but dual and even triple axles may be found on larger units to carry the load.

On remand, the Board will now have to decide whether to move forward with an obviousness rejection sua sponte or send the case back to the examiner for review.

PREAMBLE: Note the claim above is not written in the traditional form: [Preamble] comprising [Body].  Here, the applicant argued that the claim does not include a preamble at all because there is no transition phrase.  On appeal, the Federal Circuit quickly rejected that suggestion. “Though this claim does not use the typical claim language (comprising) which denotes the transition between the preamble and the body, the word “having” performs the same role here.”