Toy’s picture-claim wins the day before the PTAB.

This case centers on Spin Master’s patented transformable toy. U.S. Patent 7,306,504. Korean toymaker ChoiRock petitioned for IPR, but the PTAB sided with the patentee — holding that the challenged claims had not been proven unpatentable.

On appeal, the Federal Circuit issued a split opinion on obviousness with Judges Bryson (Author) and Taranto in the majority affirming patentability and Judge Dyk dissenting (with regard to most of the claims).

Standing to Appeal: Before reacting the merits, the court first considered whether the patent petitioner had standing to appeal. ChoiRock challeged the patent in an IPR that reached final decision and thus has a statutory right to appeal under 35 U.S.C. 319.

A party dissatisfied with the final written decision of the PTAB under section 318(a) may appeal the decision pursuant to sections 141 through 144. Any party to the inter partes review shall have the right to be a party to the appeal.

In addition to the statutes, Federal Courts also have their own standing requirements based upon the limited jurisdiction offered by the case-and-controversy requirement found in Article III of the U.S. Constitution (as interpreted).  When a patent challenger appeals an adverse ruling from the PTAB it must establish that it sits in conflict with the patent holder regarding the patent in a way that is sufficiently concrete. In Spokeo, the Supreme Court offered a three part requirement of (1) injury in-fact; (2) the injury being fairly traceable to challenged conduct of the other-side; and (3) the injury being redressable by the court. Spokeo, Inc. v. Robins, 136 S. Ct. 1540, 1547 (2016).

IPR appeals offer an interesting setup because the parties have been vigorously fighting over patent validity at the PTAB and because the statute expressly purports to create a right-to-appeal.  Still, the Federal Circuit requires that the appellant show that the patentee has been wielding the patent in a way that causes injury to the challenger.

Here, Spin Master sent a letter to ChoiRock indicating that the company was infringing several of its patents, including the patent at issue here and, according to the court, ChoiRock “provided evidence establishing that it has concrete plans to begin selling that product line in the United States by early 2020.”  The Federal Circuit does not review this evidence of concrete plans. I pulled-up the briefing and found the unhelpful briefing regarding this evidence:

The basic argument on obviousness is that the prior art teaches all of the elements.

On appeal, however, the Federal Circuit agreed with the PTAB that the prior art’s “display member” include a “plurality of revealers rotatably connected to [a] movable member[]”.  Rather, only the head was a rotatably connected revealer (one is not a plurality).  This is where Judge Dyk dissented — arguing that the arms and legs were also “revealers.” 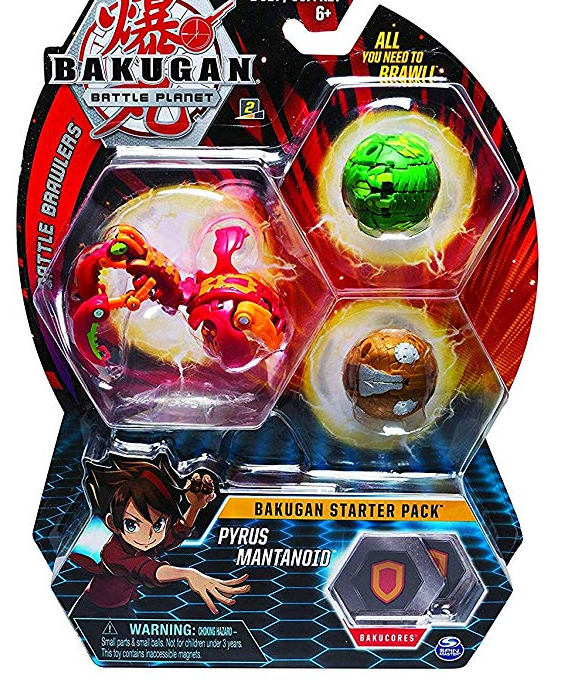 4 thoughts on “This case is an example of a “picture claim” that works to avoid the prior art.”