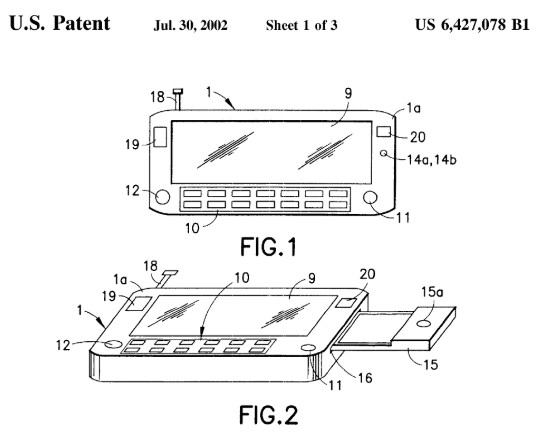 Role of the Numbers in Drawings: The ‘078 patent requires a “camera unit” that is part of the device.  In construing the claims, the district court interpreted “camera unit” as requiring “a camera,  optics, microprocessor and memory, battery, and interface to external systems” all situated as a component of a personal communication device.  Samsung’s cameras do not have their own battery or external interface.  On appeal, the Federal Circuit looked within the patent document to conclude that those elements should not be read into the claim.

Slip Op.  The primary difficulty with this construction comes from the most detailed figure relating to the camera — Figure 5 (below).  Figure 5 shows the camera and includes the battery and interface and the specification states that “the structure of both camera card 15 and camera unit 14 conforms to the block diagram shown in Fig. 5.” 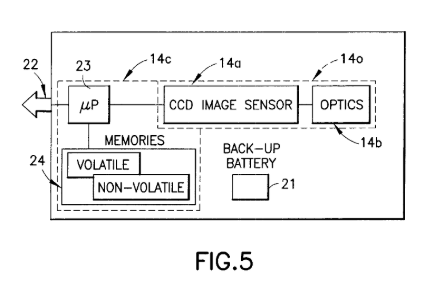 Figure 5 uses the same numbering convention as the rest of the specification, suggesting camera unit 14 is comprised of elements numbered as 14 (i.e., camera arrangement 14o, which comprises camera 14a and optics 14b, and image processing unit 14c). Other elements in Figure 5 are numbered differently, such as battery 21 and interface 22, suggesting they are not part of the camera unit 14.

On remand, that narrowed definition of camera unit will raise the likelihood that Ironworks will win its infringement case.

Means Plus Function: Disputed claim construction in the ‘239 patent centered on two means plus function terms:

Lack of Structure: The first – means for interpreting – led to an invalidity finding by the district court. Basically, the court found no corresponding structure in the specification.  On appeal, the Federal Circuit veered — finding structure: 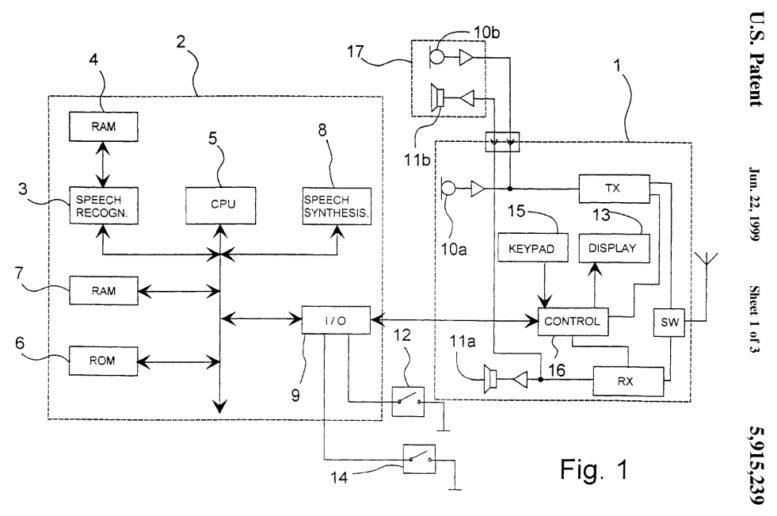 Although these structural elements are disclosed at a fairly high level, the Federal Circuit found “sufficient structure.”

An important point here is that this particular step is only about interpreting the meaning of the claims — do we have enough information to be reasonably certain as to the claim scope? When the claims are construed broadly then there may be separate inquiries into whether the breadth implicates the enablement and written description doctrines.

subidentifiers: The second MPF term –  means for storing the subidentifiers – was sufficiently supported.  However, the district court limited the scope to the structure described in the specification — following the textual requirements of 112(f):

In particular, the district court interpreted the claimed means-for-storing as requiring the particular storage algorithm described in the specification.  Samsung apparently does not use that same algorithm and so the patentee asked for a broader construction.  In this case, Ironworks argued that the means could have been fully supported without the disclosed algorithm and so should not be limited by the algorithm.  On appeal, the district court rejected that argument — holding that the claimed storing function “requires more than merely plugging in a general-purpose computer.” (quoting Ergo Licensing).

Because this subidentifier limitation was in all of the asserted claims in the ‘239 patent — the non-infringement finding will stick. On remand though, the patentee will further pursue its infringement claim under US6,427,078.

4 thoughts on “Numbering System in Drawings Used to Interpret Claims”