Mighty Mug owns U.S. Patent 8,028,850 — a self-anchoring mug (suction). Back in 2017, the company petitioned the ITC to investigate competing imports and the ITC eventually issued a General Exclusion Order (GEO) “barring importation of infringing goods by any party.”  The ITC’s preferred practice is to issue “limited exclusion orders” only against the parties actually investigated.  However, here the agency found a pattern of violations and difficulty in identifying the source of infringing products.

Mayborn makes a “No-Knock Cup” and was notified of the action while it was pending, but Mayborn was not particularly investigated.  Still, the company did not intervene into the proceedings until after the exclusion order had already been issued. At that point, Mayborn petitioned for rescission of the order — arguing that the claims were invalid as anticipated by the prior art. 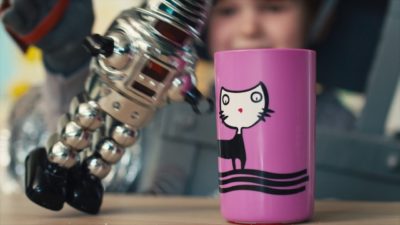 Changed Circumstances: Under its governing statute, a Section 337 order will “continue in effect until … the conditions which led to such exclusion from entry or order no longer exist.”  Although Mayborn discovered the prior art after the exclusion order, the Commission found that discovery didn’t count as a changed condition. On appeal, the Federal Circuit has affirmed — holding that the ITC “had no obligation to consider the substance
of Mayborn’s petition.”

Let me say here that the outcome is a bit off-the-wall for folks thinking primarily about Federal Courts.  The ITC issues a general injunction, including against non-parties to the investigation and those non-parties are now barred from challenging the judgment.  Note here that the issue of validity was not contested — rather the parties in the original action all settled or defaulted. A court applying traditional principles of res judicata would allow Mayborn to challenge the order.  But here, the Federal Circuit agrees that no challenge is available. This is why patentees like to sue in the ITC.

Before we go crying about Mayborn, recognize that the company can challenge the patent in court or in the PTAB.  And, invalidation/cancellation of the patent in an alternative forum will be deemed a sufficiently changed circumstances to rescind the order.

Standing to Appeal: Mayborn is actually still importing its allegedly infringing product. Apparently, Customs & Border Patrol is waiting for additional information from the patentee before moving forward with enforcing the exclusion order. Because of continued imports, the ITC challenged Mayborn’s standing to bring the appeal to the Federal Circuit.

On appeal, the Federal Circuit found sufficient injury-in-fact to allow the appeal to move forward. “Mayborn imports products that potentially infringe the ’850 patent and therefore violate the GEO. . . . [And] CBP may at any moment determine that Mayborn’s products violate the GEO and halt their importation.
§ 1337(d)(1).”  Mayborn has also alleged lost-sales and business relationships due to the exclusion order (Mighty Mug sent letters to Target + Amazon).  Collectively this was enough injury to allow the appeal to move forward under the Constitutional standing requirement.

8 thoughts on “ITC: Non-Party has No Right to Challenge Injunction against Its Product”