A few years ago, I wrote an article arguing that 35 U.S.C. § 144 requires the Federal Circuit to issue an opinion when it decides cases on appeal from the USPTO.

35 U.S.C. § 144.  [My Article] The provision was amended in 1984 to particularly require a “mandate and opinion.” However, prior to that time the Federal Circuit and its predecessor always wrote opinions associated with every judgment. Although there is no legislative history, I believe that the fact of an opinion was assumed and simply codified into law. 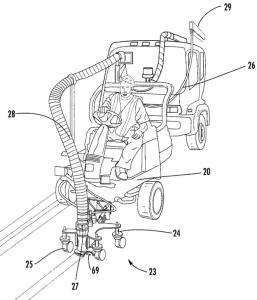 In this case, Waterblasting, LLC appealed an adverse IPR decision cancelling claims 1-4 and 10 of its US7255116 (Stripe removal system).  On appeal, Waterblasting argued that the PTAB had erred in its legal analysis and also made factual conclusions that were not supported by substantial evidence.

In its newly filed en banc petition, Waterblasting argues that no-opinion judgments are improper in this situation:

§ 144 should be interpreted consistent with its clear language and the panel’s issuance of an affirmance without opinion is inconsistent with the law.

Note here that following my article, more than a dozen parties have asked the Federal Circuit to consider this issue. So far, the court gone meta — remaining silent about its choice to remain silent.

22 thoughts on “Federal Circuit Continues to Remain Silent about its R.36 Opinions”