This morning I was looking for inauguration related patents and stumbled across Facebook’s recently issued US10855640, which essentially claims combining a live video with parallel live social media responses.  This patent is part of a family claiming a 2009 priority date, and at least three other patents have also issued. 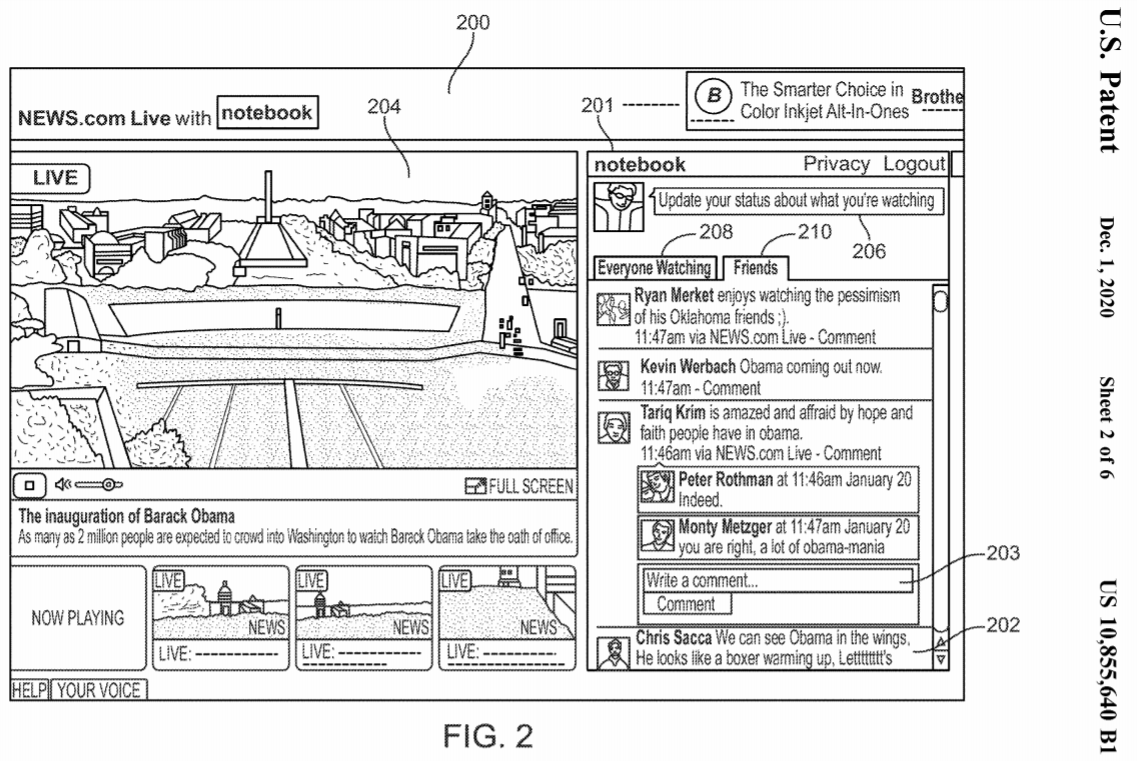 The image from the patent is really fascinating.  It shows a line-drawing of the Washington Mall and reports on the inauguration of Barack Obama.  The drawing also shows several reactions.  The names of the people here are not made-up.  Kevin Werbach is a popular Business-Tech professor at Wharton; Ryan Merket is a start-up guy; as is Tariq Krim, Monty Metzger, and Chris Sacca; Peter Rothman is a computational guru.

It turns out that at least some of folks didn’t know that FB had used their names or posts.  I heard from Prof. Werbach who indicated he did actually post “Obama coming out now.” But, that post was at 11:43 a.m. instead of 11:47 AND, it was on TWITTER, not Facebook.  I’m wondering whether there are any rights of publicity or false-light issues associated with using someone’s likeness in your patent application.

The original drawings filed with the PTO are actually images of these posts, and the line-drawing was created later. 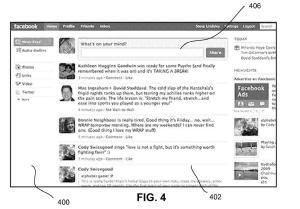 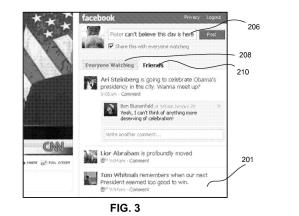 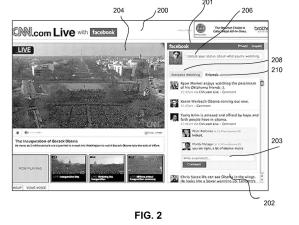 In any event, it is hard to believe that this patent issued since claim 1 just seems obvious AND likely fails the Alice test.

Facebook recently obtained a patent on participating in the presidential inauguration via social media. US10855640 issued December 2020 "Interface for sharing posts about a live online event among users of a social networking system."https://t.co/CsyaIqq5BL pic.twitter.com/rKkymwfash

I have just discovered that my name was used without my authorization along side @kwerb @merket @montymetzger @sacca and @BarackObama in a facebook patent ! https://t.co/plwliGWdo1

Hey @Facebook, and I sincerely mean this from the bottom of my heart, you can go fuck each of your shameful selves for using my likeness to obtain a patent for your hateful civil war profiteering dogshit. https://t.co/IdOaud5Ls5

35 thoughts on “Can a Patent Violate Rights of Publicity?”