In this non-precedential opinion, the Federal Circuit has sided with the patentee CROCS — upholding the design patent for its really amazing footwear. D517,789. 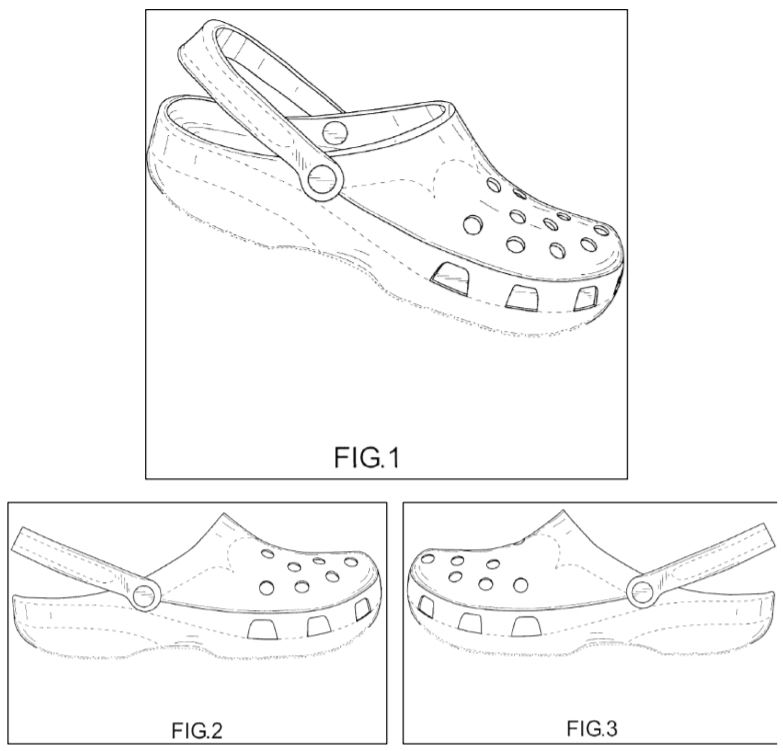 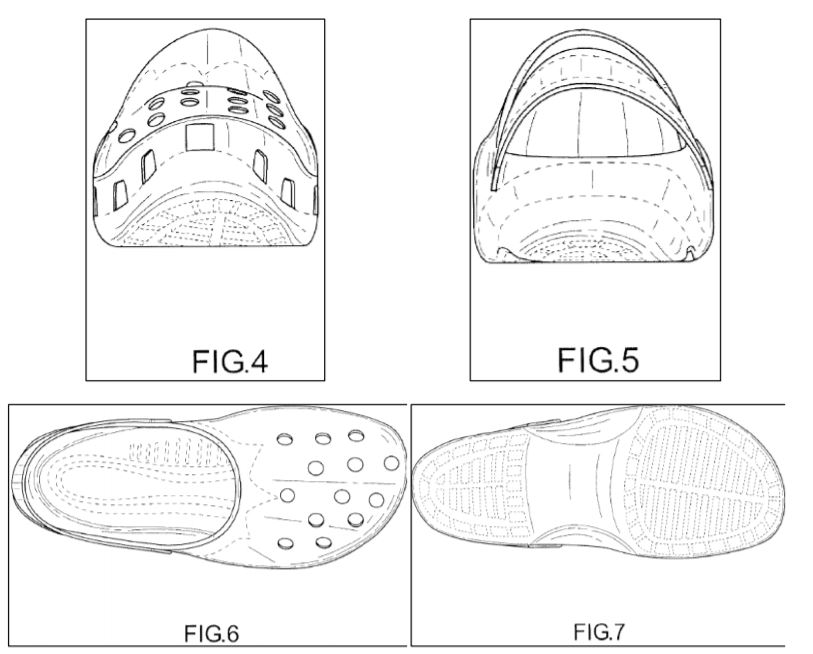 The setup here is an inter partes reexamination filed by Dawgs back in 2012 (now Mojave Desert).  During the reexam, the examiner searched the Wayback Engine (Internet Archive) and found images on the crocs website that predate the patent application filing.  The examiner relied upon those pre-filing disclosures (images below) to reject the patent claims as anticipated.  However, the PTAB rejected that analysis and instead upheld the validity of the issued patent. 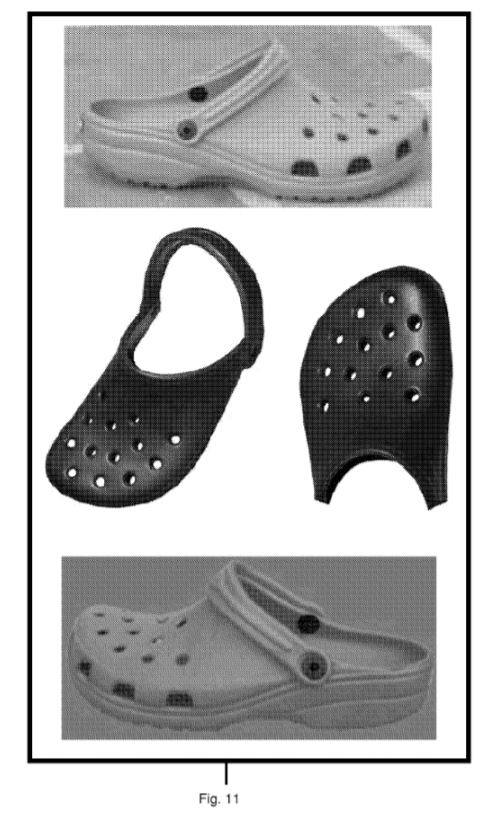 Here is the problem — the patent includes claim features on the bottom-side of the shoe, and Fig 11 does not show the bottom of the shoe.  On appeal, the Federal Circuit affirmed with only cursory analysis: “Having reviewed the Board’s decision and the record, we discern no reversible error.”

Mojave’s basic argument is that nothing on the bottom of the shoe was really claimed. Mojave’s briefing included the figure below, where it argued that the red lines were the only claimed portion — and those were adequately shown in the Fig 11 prior art. (Sorry color blind friends). 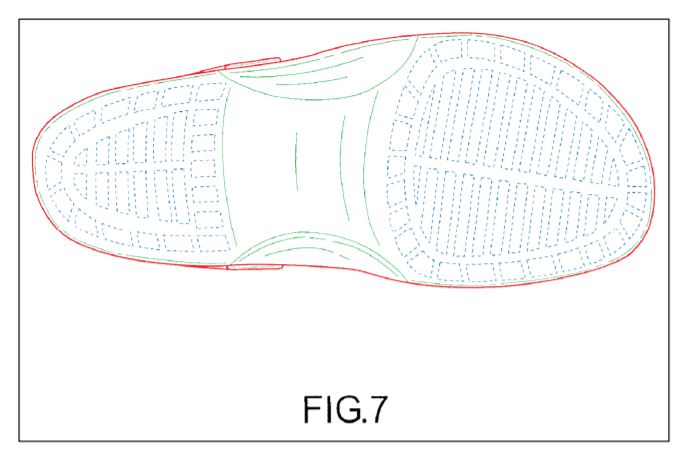 An aspect of the case also involved whether Mojave could stand-in for the original IPR petitioner Dawgs.  Dawgs went bankrupt back in 2018 and stopped participating in the IPR.  Mojave bought up various aspects of Dawgs rights.  However, the PTAB refused to allow Mojave to participate in the reexam. On appeal here, the Federal Circuit found that Mojave was an appropriate substitute.

In contrast to Agilent, the sale … clearly transferred all of U.S.A. Dawgs’s assets and claims and did so using broad language. U.S.A. Dawgs did not need to enumerate each of its assets individually to effectuate the broad transfer. U.S.A. Dawgs dissolved and did not continue to participate before the Board. Under the circumstances, the transfer of all assets on its face included the rights in the Board proceeding.

The briefing involved substantial discussion about who should count as the “ordinary observer” for both infringement and validity consideration.  In a prior case involving the patent, Crocs had argued that the ordinary observer was an “Impulse Buy Purchaser.”  That low-standard made it easier to argue infringement since – at a quick glance the accused product looked so similar.  In this case, however, the patentee changed its tune and focused on detailed and small differences that would not have been observed at a quick glance.   The court did not reach this issue, which might have applied judicial estoppel.

5 thoughts on “No Inherency in Design Patent Cases”