The security code on your credit card seems pretty weak. Basically, it is a 3-4 digit number on opposite side of the card.  Mr. Sarada Mohapatra’s innovation was to create a more dynamic security code using an internet-based account management approach.

The Examiner rejected the claims as obvious, indefinite, and failing to claim patent eligible subject matter. On appeal, the PTAB reversed the obviousness conclusions, but maintained the rejection on the other grounds.  When Mohapatra raised the case to the Federal Circuit, the Solicitor’s office also dropped the indefiniteness challenge — leaving only the eligibility issue. 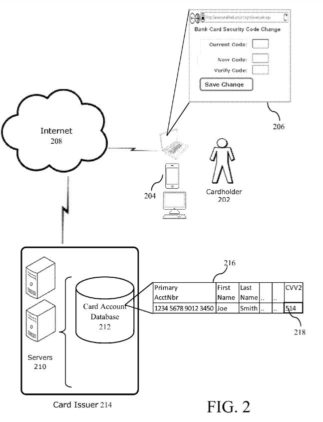 Mohapatra began his argument with a tradition-and-justice issue.  He pointed to many patents issued over the past 20 years relating to the same subject matter.  (note, Mohapatra represented himself pro se). The appellate court rejected this argument out-of-hand, concluding that “issuance of other patents in the same field of technology is not a ground for challenging the rejection of a subsequent application.” See In re Wertheim, 541 F.2d 257 (CCPA 1976) (“[I]t is immaterial in ex parte prosecution whether the same or similar claims have been allowed to others.”).

On the merits of Section 101, the court found that the claims are directed to the abstract idea of facilitating “an individual to alter the identification code associated with a financial instrument, such as a credit card, to protect against fraud.”  Mohapatra’s invention is limited in a number of ways and does not preempt all uses of this idea, but the court explained:

The fact that the claims are directed to a specific subset of that abstract idea—in this case, enabling a credit card user to change the security code on the card by using a web application—does not render the idea any less abstract.

Further, abstract-idea innovations may provide societal or personal benefits, but remain unpatentable: “The idea of changeable personal-identification numbers may be beneficial. But it is also abstract and therefore not patentable without more.”

At Alice Step 2, the court found no additional inventive concept beyond standard additions such as doing-it-on-the-web and storing the information on a computer.

[These functions] amount to no more than the implementation of an abstract idea on a computer operating in a conventional manner. That is not enough to convert an abstract idea into patent-eligible subject matter.

The following claim 18 was seen as representative for the appeal:

a) A card issuer enabling change of card security code printed on the card, by

selecting a new security code value to be used as personal secret separate from the card without requiring assistance from any software program running on any device,

Question – Can you read through this specification and find anything patent eligible for Mr. Mohapatra that he could use on remand?