First of all, I’m overwhelmed by the survey responses on § 112(a) – thanks to everyone who responded to this short survey.  You’re terrific.

As of this afternoon, over 800 readers had responded to the question about how you refer to the part of the patent application that is required by 35 U.S.C. § 112(a).  The graph below shows the distribution of responses. (n=720) 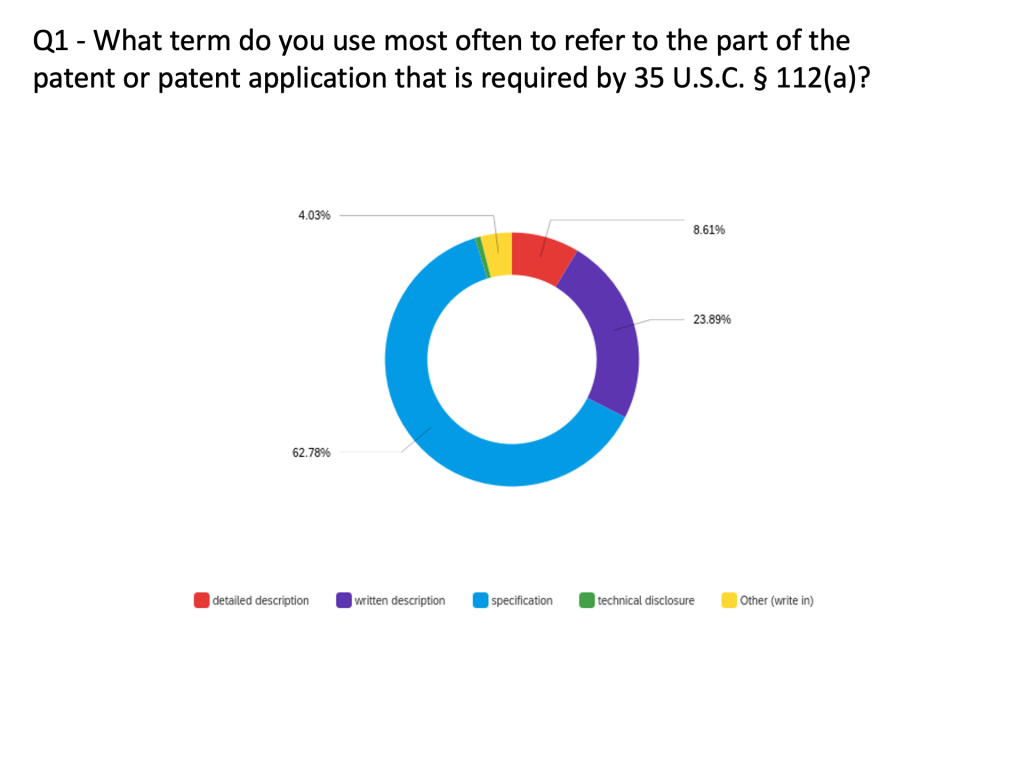 When asked “What term do you use most often to refer to the part of the patent or patent application that is required by 35 U.S.C. § 112(a)?,” sixty-three percent of respondents answered “specification,” while another twenty-four percent answered “written description.”  A notable minority (9%) said “detailed description.”  There were also some write-ins, although most of them were either “Spec” or “Disclosure”

In addition, after results started coming in I had some concern that the initial question was ambiguous, so modified the survey to give a random set of respondents the following question instead.  Responses were similar to the first question, with a bit lower rate for “specification” (58%) and a bit higher rate for “technical description” (11%) for this version of the question. 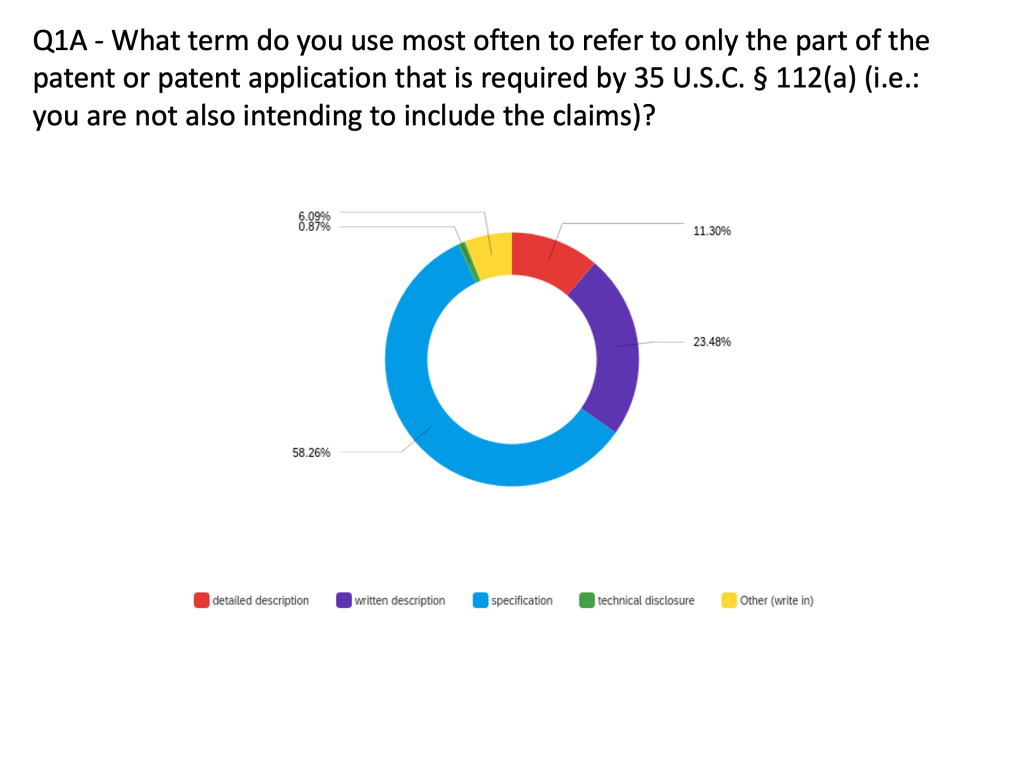 (n=115)  (I probably should have asked this question at the outset; hindsight looms large.)

Here’s the overall distribution of respondents:

5. Patent Law. A written description of the invention or discovery and of the manner and process of making, constructing, compounding, and using the same, concluding with a specific and distinct claim or claims of the part, improvement, or combination which the applicant regards as his discovery or invention, this latter part being often called the claim.  When the term specification is used alone it includes the claim.

Thanks to the University of Iowa College of Law law library for pulling the definition from the 1957 edition of Webster’s for me. Also, note that response choices other than “Other” were presented in a random order to avoid any order bias.

26 thoughts on “What do you call it? For almost two-thirds of you, it’s the “specification””