The Chinese court issued an anti-suit injunction order that would force Ericsson to stop litigating the case in the US (and globally anywhere but in Wuhan).  The US court then issued an anti-interference order that bars Samsung from attempting to enforce the Chinese order against the US actions.  Litigation between the parties is apparently also ongoing in the USITC, Netherlands, Germany, and Belgium.

Ericsson believes it has the stronger IP rights.  There is a general indication that those rights will be more strongly protected and with a higher royalty rate if determined by a US court rather than a Chinese court.  The following timeline from Samsung’s brief offers some historic perspective: 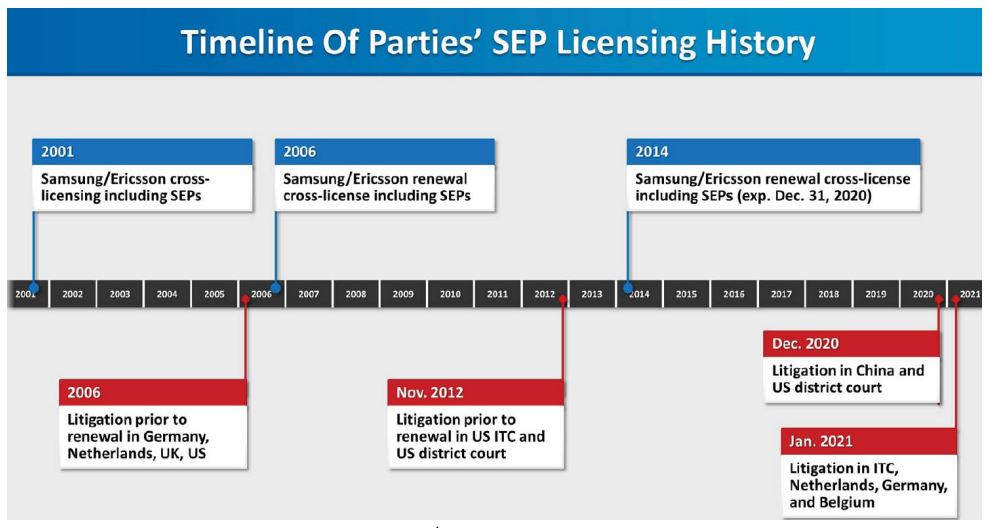 The basic setup here is as follows:

Samsung has now appealed the case to the Federal Circuit — arguing that the anti-antisuit injunction should be vacated or significantly narrowed.  Here are briefs filed:

I am generally sympathetic to Ericsson in this case with the big caveat that Ericsson committed its patents to FRAND licensing on a global level.  It does not seem reasonable (the R in FRAND) to expect that the result will be a separate lawsuit regarding the global license in each individual country.

9 thoughts on “US vs China – Moving toward Global Injunctions”