Obviousness of a design patent is governed by 35 U.S.C. 103, just like utility patents.  However, the methodology is a bit different.  Importantly, the Federal Circuit suggests that the obviousness inquiry should begin with a primary reference whose whose “design characteristics … are basically the same as the claimed design” and that creates “basically the same visual impression.” That primary reference can then be combined with other references to fill in gaps that would have been obvious in order to create the “same overall visual appearance as the claimed design.”  Apple v. Samsung (Fed. Cir. 2012).

Soup Dispenser Design patent case is back before the Federal Circuit.

Here is the procedure so far:

Gamon’s design patents cover a can dispenser that might be used for cans of soda or cans of soup. U.S. Design Patent Nos. D612,646 and D621,645.  In the IPR, the PTAB originally sided with the patentee–finding that the asserted prior art (Linz) could not serve as a primary reference.  The basic issue was that the design patents claim a dispenser holding a can, and the key prior art (Linz) did not show the can itself.  On appeal, the Federal Circuit vacated — holding instead that Linz was a proper primary reference since it is clear Linz “is made to hold cylindrical objects in its display area.”  The primary reference also lacked tabbed holders found in the patents, but the appellate panel identified those as “ever-so-slight differences.”

Design Patent Obviousness: How to Pick a Primary Reference

Back on remand, the PTAB again sided with the patentee–holding that the  asserted references failed to show that the claimed design would have been obvious.  Now, back on appeal the Federal Circuit has reversed and finally concluded that the patented designs are obvious. 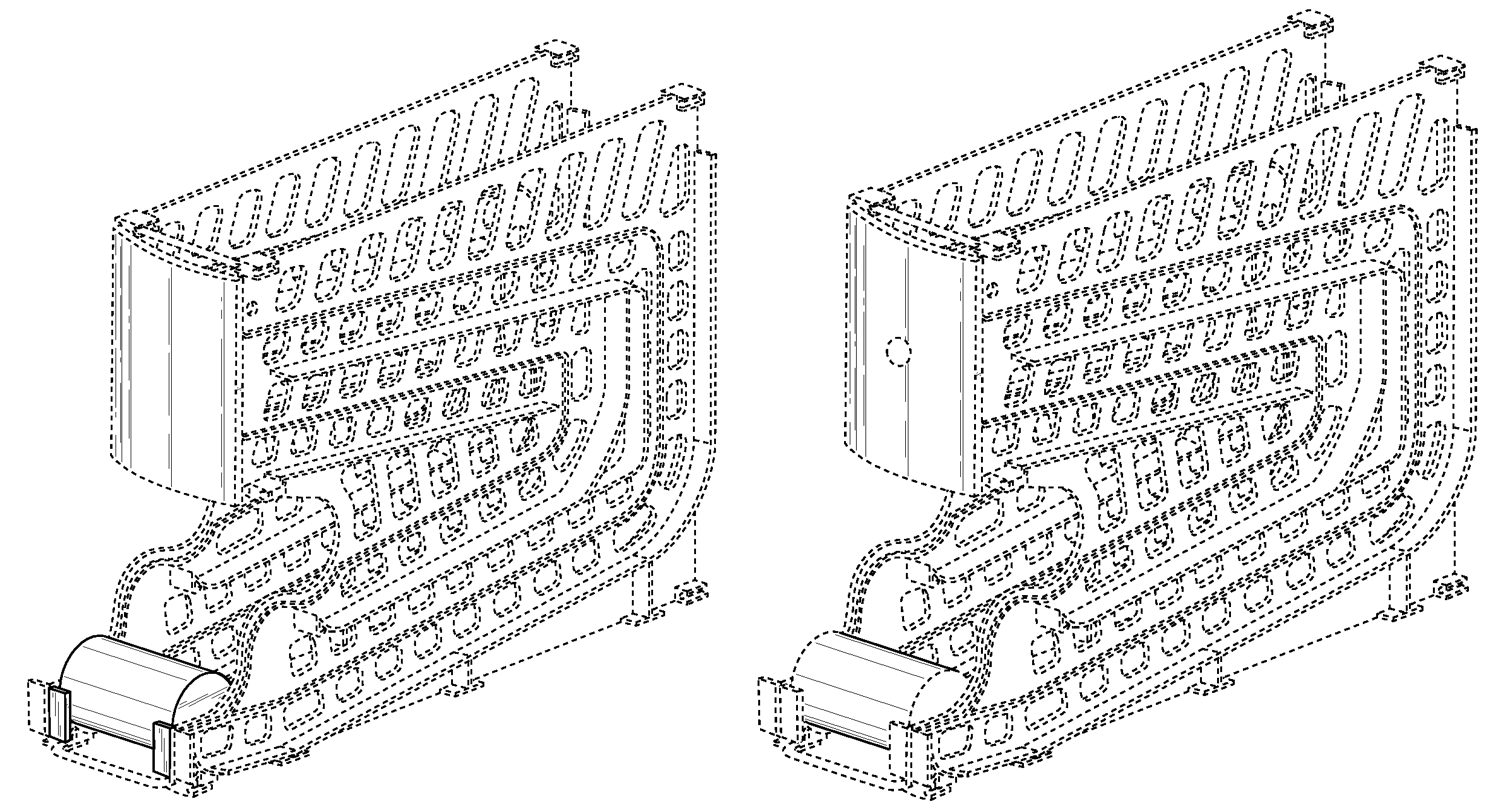 Partial designs: At first glance, these designs appear to cover a fairly complex soup can dispenser. However, the dashed lines are shown only for context.  Once those broken lines are removed, all that remains is a boundary-free label area, rectangular stops, and a can.   The image below compares the claimed portion of the design against the Linz prior art. 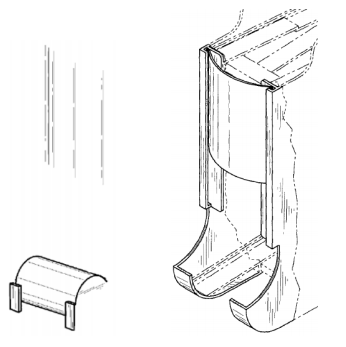 Differences here – Can vs. no can; rectangular tabs vs curved tabs, elongated display portion. Despite these differences, on remand, PTAB found that Linz had the same overall visual appearance. Still, the PTAB sided with the PTAB based upon secondary considerations — so called “objective indicia of nonobviousness.”

On appeal, the Federal Circuit rejected these considerations — finding a lack of nexus between the scope of the claims and the commercial success, praise, and copying.

In Graham v. Deere, the Supreme Court explained that “secondary considerations [such] as commercial success, long felt but unsolved needs, failure of others, etc., might be utilized . . . [a]s indicia of obviousness or nonobviousness.”  Still, in order to even be considered, the activity must have a close nexus by to the invention:  The success was due to the invention (not just marketing); the innovative and patented aspects of the invention were copied or praised; etc.

The burden of proving nexus is generally placed on the patentee.  However, nexus can be presumed when the patent is commensurate in scope with the product being sold/praised/copied.  Here, the PTAB found that Gamon’s patented designs were directly incorporated into its iQ Maximizer products.

On appeal, the Federal Circuit reversed — finding that design patent only covers partial product and therefore the two are not essentially the same.  Here, the product includes many unclaimed features that are only dashed lines in the patent. See Fox Factory, Inc. v. SRAM, LLC, 944 F.3d 1366 (Fed. Cir. 2019).  The PTAB had considered the argument, but found the unclaimed features of the product “insignificant to the ornamental design.” In particular, the dispensers are generally lined-up side-by-side and so you generally only see the front display in a store.  On appeal, the Federal Circuit rejected that analysis.

The Board reasoned that “[t]he unclaimed rearward rails and side portions are not prominent ornamental features,” and those portions are, therefore, “insignificant to the ornamental design.” This circular reasoning reflects a misunderstanding of the law. In determining coextensiveness, the question is not whether unclaimed features are insignificant to a product’s ornamental design. The question is instead whether unclaimed features are “insignificant,” period. That is because the purpose of the coextensiveness requirement is to ensure that nexus is presumed only when the product “is the invention disclosed and claimed.” By limiting its analysis to ornamental significance, the Board simply did not answer the relevant question: whether the iQ Maximizer “is the invention.”

Slip. Op. The result here is that partial product claims will be hard-pressed to get a presumption of nexus.

The patentee had also proven copying, and the Federal Circuit simply concluded that it was not enough.

For purposes of this appeal, we assume substantial evidence supports the Board’s finding that Trinity copied the unique characteristics of the claimed designs. Even accepting the evidence of copying, we conclude that this alone does not overcome the strong evidence of obviousness that Linz provides.

The opinion is interesting because it reads as if the Federal Circuit is re-weighing the evidence as it walks through.  On careful analysis though, the court does not disturb any factual finding.  Rather, the trick is that several aspects of the obviousness analysis are questions of law, including the ultimate conclusion.  For those questions of law the court reviews the PTAB determination de novo and substitutes its opinion as authoritative.

31 thoughts on “Obviousness of a Design Patent”