The chart below is a bit hard to read, but it basically shows the percentage of design patents associated with each of the three potential patent terms. The basic result is that in the 1910s, folks were obtaining all three sizes at roughly equivalent rates; By 1940, the short 3½ year term had become most popular; Then, by the 1970s the overwhelming majority of applicants were paying the extra $10 for 14 years.

This is part of a larger project that I’m working through on design patents, and I’ll be able to fill-in the gaps of the chart at a later date.  I’m downloading the TIFF images for these patents; running through OCR  software and then parsing that text output.  It is a bit of a process, and I probably need a multithreaded approach. 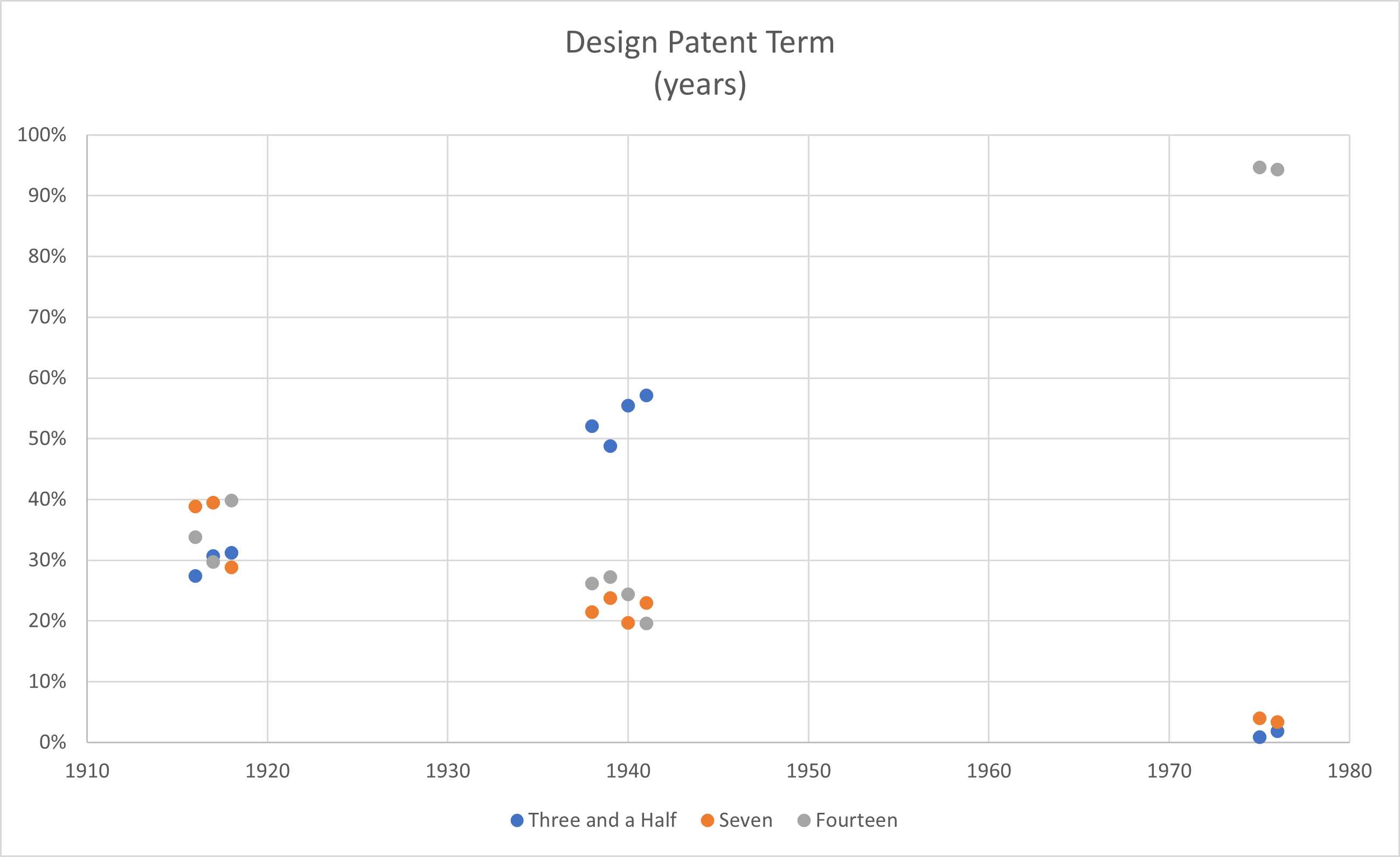 The original design patent Act of 1840 included a 7 year term. I believe it was the the 1861 Act that added the spread term, and included a respective cost of  $10, $15, and $30 with an optional seven additional years.