This guest post was authored by Joel Smith, a 3L at the University of Missouri School of Law, with support from the team at the Mizzou Law Veterans Clinic.

Why is there a post about a veterans law case on a patent law blog? The U.S. Court of Appeals for the Federal Circuit (the “Federal Circuit”), of course! Like patent office cases, when decisions of the Veterans Administration (“VA”) are appealed to the federal court system, the cases are not heard in your everyday district courts, but instead in everyone’s favorite court with nationwide jurisdiction. Currently pending before the en banc Federal Circuit is Taylor v. McDonough, No. 2019-2211 (Fed. Cir.). 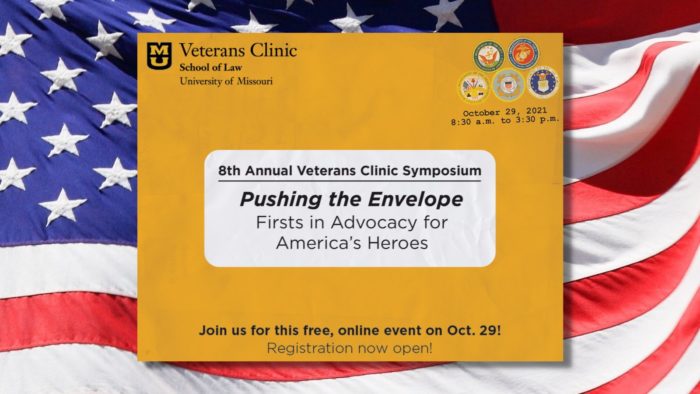 The case involves the plight of Bruce R. Taylor, a Vietnam era Army veteran seeking compensation for disabilities resulting from his service. Before serving two tours overseas, Mr. Taylor volunteered to serve his country in a unique fashion—as a test subject. In 1969, the Army sought soldiers on which it would test toxic chemicals such as nerve gas. The Army’s purpose was to learn how its soldiers would function when exposed to agents that combatants might experience in service. Soldiers were given doses of an array of toxic substances and subjected to training exercises to measure performance. As a result of Mr. Taylor’s participation, he suffers from disabilities that the VA found eliminate his ability to work. In accordance with statute, the VA awarded Mr. Taylor monthly compensation.

Since the VA awarded benefits, what is the problem?

In addition to monthly compensation, the VA is required to pay lump sum compensation covering the time before benefits were awarded. Despite Mr. Taylor having suffered from his disabilities since he left the Army in 1971, the VA is refusing to provide backpay for the time between his service and when he filed his benefits claim in 2007. The VA cites a statute that limits the effective date of claims–which determines the start date for back pay–to when the veteran filed for benefits. 38 U.S.C. § 5110(a)(1) provides that “the effective date of an award…shall not be earlier than the date of receipt of application[.]”

Mr. Taylor claims the government interfered with his statutory right to disability compensation. Prior to participating in the tests, Mr. Taylor was required to sign an oath of secrecy that, if broken, would subject him to criminal prosecution and a dishonorable discharge—a rating that would render him ineligible for benefits. To file an adequate claim for disability benefits, Mr. Taylor would have needed to disclose his test participation. The “catch-22” of being unable to file for benefits without becoming ineligible for benefits left Mr. Taylor with an inability to exercise his statutory right to request disability compensation.

In 2006, the Department of Defense finally declassified the names of the test participants and instructed the participants to file for benefits. Mr. Taylor did so in early 2007. The VA responded to the claim by awarding monthly disability benefits with an effective date of 2007. Mr. Taylor requested the VA to instead award an effective date of the day after his discharge due to the aforementioned government interference. After exhausting his administrative remedies without relief, Mr. Taylor petitioned a legislative court created for the sole purpose of reviewing decisions of the VA, the Court of Appeals for Veterans Claims (the “Veterans Court”).

Mr. Taylor asked the Veterans Court to apply the doctrine of equitable estoppel to prevent the VA from asserting § 5110 as a defense against his claim for an earlier effective date. Mr. Taylor indicates that but for the oath he would have filed for benefits in 1971. The Veterans Court denied his request because it interpreted its jurisdictional and scope of review statutes as excluding equitable estoppel as an available remedy. The present case is Mr. Taylor’s appeal to the Federal Circuit.

Initially, a three-judge panel held the Veterans Court does possess the power to apply equitable estoppel. The Federal Circuit then voted to rehear the case en banc and the panel decision was vacated. In response to the court’s request for new briefs, the NLSVCC and the Mizzou Law Veterans Clinic filed an amicus brief in support of Mr. Taylor.

The amicus brief argues that the scope of review statute for the Veterans Court, 38 U.S.C. § 7261, does not foreclose the use of equitable estoppel. The legislative history of the statute indicates that Congress initially desired judicial review of VA decisions to occur in Article III courts, with their full judicial power, and fashioned the legislative court that is the Veterans Court only out of concerns regarding the expertise of federal courts and the burden on the federal court system. The history indicates a strong overriding concern for fairness and no concern regarding limiting the use of equitable remedies in veterans cases. The brief also addresses that other legislative courts, such as the bankruptcy and tax courts, possess equitable powers and the Veterans Court’s powers should be evaluated in light of those general designs.

A primary legal hurdle for Mr. Taylor is a precedent in the Federal Circuit. In Burris v. Wilkie, 888 F.3d 1352 (Fed. Cir. 2018), the court determined that applying equitable estoppel was outside the jurisdiction of the Veterans Court. The amicus brief distinguishes Mr. Taylor’s case from Burris by relying on a Supreme Court precedent that held that procedural claims-processing rules do not limit jurisdiction. See Henderson ex rel. Henderson v. Shinseki, 562 U.S. 428 (2011). Characterizing the effective date statute as a procedural rule, the amicus argue that, unlike the substantive statutes relevant to Burris, deviating from the effective date statute would not expand the Veterans Courts jurisdiction because the effective date limit is procedural.

That day has arrived. Veteran Taylor’s case presents the strongest possible facts upon which this Court should determine equitable estoppel against the Government may succeed, and the Veterans Court has the power to provide such relief.

Briefing is ongoing in the appeal.

On Oct 29, 2021, the Veterans Clinic is hosting its 8th Annual Symposium.  The symposium is online and free.  Because of their link with the Federal Circuit, veterans cases offer an excellent place for patent attorneys to do pro bono work.  More information here: https://law.missouri.edu/faculty/symposia/2021-veterans-clinic-symposium