In February 2021, US Inventor and others collectively sued the USPTO asking the court to order the USPTO to issue rulemaking regarding discretionary considerations at the institution stage of AIA Trials.  That case is now on appeal. 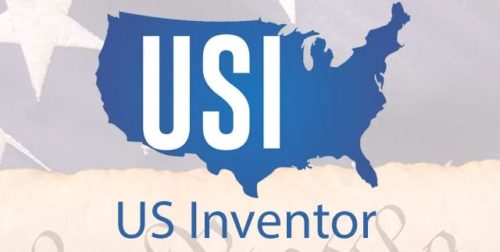 Standards for Discretionary Dismissals: The statute particularly requires the PTO Director to issue regulations “setting forth the standards for the showing of sufficient grounds to institute a review [and] shall consider the effect of any such regulation on the economy, the integrity of the patent system, the efficient administration of the Office.” 35 U.S.C. 316.  Although the USPTO has issued regulations about what counts as “sufficient grounds” to institute, the regulations do not consider discretionary denials, a potentially key aspect of the institution decision.  Of course, the importance of discretion depends upon how discretion is wielded.  The PTO has declared a “standard operating procedure,” and the plaintiff here argues that the SOPs were illegal rulemakings (“promulgated without lawful adherence to the strictures of the Administrative Procedure Act.”).

Abuse of Discretion: Courts and administrators are often given discretionary authority to make decisions.  But, discretion still requires that the decision-maker make a non-arbitrary decision that at least has a rational basis after considering both the law and the evidence at hand.  Arbitrary decisions represent an abuse of discretion and are regularly overturned on appeal.  AIA Trial Institution decisions are problematic to that general scheme because institution decisions are not appealable. Administrative Procedure Act (APA) to the rescue with 5 U.S.C. 706 authorizing actions to compel agency to stop any behavior that is “arbitrary, capricious, an abuse of discretion, or otherwise not in accordance with law.”

Hurdle of Concrete Harm: Although the APA permits an action to compel agency action, the statute typically requires that the plaintiff be “a person suffering legal wrong because of agency action, or adversely affected or aggrieved by agency action.” 5 U.S.C. 702.  In addition to this statutory injury requirement the Supreme Court has also interpreted Article III of the U.S. Constitution to require that the plaintiff identify some concrete harm caused by the defendant’s action (or inaction).  The case must be dismissed for lack of standing absent that concrete harm.

In this case, the PTO argued (1) that the statute does not require rules on that discretionary aspect of institution. And, (2) even if it was supposed to put the rules in place, the plaintiffs here have not suffered any concrete harm due to the lack of regulations.

Case Dismissed: Judge Gilstrap dismissed the case in July 2021 — agreeing with the USPTO that the plaintiffs lacked standing. The court’s opinion suggests that a patentee might never have standing for such a challenge:

For patentees, the notion of a concrete interest in discretionary denials of AIA petitions is particularly tenuous. Although the institution decision is a step on the road to invalidation, there is no dispute that discretionary denials under §§ 314(a) and 324(a) necessarily occur in situations where the PTAB has proper authority to institute. There is also no apparent dispute that the PTAB can exercise that discretion, at least on a panel-by-panel basis. As a result, the factors considered in the challenged PTAB decisions are neither dispositive nor exclusive. In the case of a discretionary denial, there is no harm to patentees because the proceeding ends and the patent rights are unaffected; the status quo is maintained.

District Court Dismissal Order. I struggle to understand the court’s logic associated with panel-to-panel variance. If that variance is due to different standards being applied then the situation seems to be begging for agency regulation.  Judge Gilstrap’s decision is now on appeal. 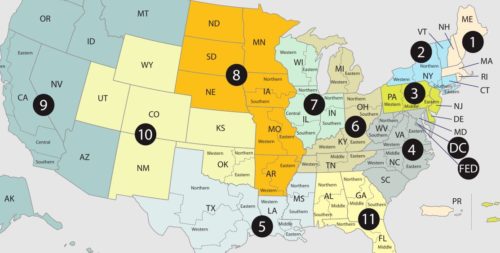 In the Fifth Circuit, the USPTO filed a motion to dismiss the appeal–arguing that the case arose under the patent laws and therefore should go to the Federal Circuit.  Rather than deciding that issue directly, the Fifth Circuit has announced that it will carry that motion to the merits oral arguments and decided it all together.

Section 1295 provides statutory guidance as to when an appeal is directed to the Federal Circuit.

(a)The United States Court of Appeals for the Federal Circuit shall have exclusive jurisdiction—(1) of an appeal from a final decision of a district court of the United States … in any civil action arising under, or … in which a party has asserted a compulsory counterclaim arising under, any Act of Congress relating to patents or plant variety protection.

28 U.S.C. 1295 (Jurisdiction of the United States Court of Appeals for the Federal Circuit).

Arising under the Patent Laws: A key underlying issue in the case is the extent that the patent laws require the USPTO to issue certain regulations.  In other words, the patent laws are integral to the lawsuit.  At the same time, the actual cause of action does not stem from the patent laws but rather from the Administrative Procedure Act (APA).  The Supreme Court has explained that the first go-to for arising under jurisdiction is the cause of action. Nonetheless, a case may still arise under the patent laws if “plaintiff’s right to relief necessarily depends on resolution of a substantial question of federal patent law.” Christianson v. Colt Indus. Operating Corp., 486 U.S. 800 (1988).

The Federal Circuit has repeatedly held that APA cases such as the one here do arise under the patent laws–meaning that any appeals should be heard by the Federal Circuit.  See, for example, Helfgott & Karas v. Dickinson, 209 F.3d 1328 (Fed. Cir. 2000) and Star Fruits S.N.C. v. United States, 393 F.3d 1277 (Fed. Cir. 2005) (Because APA claim “involves the Director’s duties ‘[i]n the course of examining or treating a matter . . . in a reexamination proceeding,’ it raises a substantial question under the patent laws” over which the Federal Circuit has exclusive jurisdiction).  However, those decisions were released prior to the Supreme Court’s most recent statement on the issue. Gunn v. Minton, 568 U.S. 251 (2013).

Gunn was an attorney negligence case brought under Texas state law, but the case was depend upon whether the attorney erred in his application of federal patent law. The Federal Circuit had previously found that this type of case raised substantial patent law questions and therefore should be heard in Federal Court with appeals going to the Federal Circuit. In Gunn, the Supreme Court disagreed with that approach and explained instead that state-law based attorney malpractice “will rarely, if ever, arise under federal patent law.”  Gunn paralleled its analysis to that of a the prior non-patent arising under case Grable & Sons Metal Prod., Inc. v. Darue Eng’g & Mfg., 545 U.S. 308 (2005) and concluded that the patent issues at stake in the malpractice case were not “substantial” in the context of the patent system as a whole. Although the patent issues in the malpractice case may have been important to the parties involved, nothing from that case was going to make any difference to the patent laws or federal patent litigation.

The USPTO does not cite or mention the Gunn decision in its motion in the 5th Circuit appeal in US Inventor.  One reason perhaps is that Gunn focuses on a slightly different situation.

Both Section 1338 and Section 1295 use the identical “arising under” language and nothing in the legislative history suggests to me that they should be interpreted differently. Both of these provisions channel patent cases into certain courts for the purpose of “the development of a uniform body of law.”  Bonito Boats, Inc. v. Thunder Craft Boats, Inc., 489 U.S. 141 (1989). In Gunn, the court explained that:

Congress ensured such uniformity by vesting exclusive jurisdiction over actual patent cases in the federal district courts and exclusive appellate jurisdiction in the Federal Circuit.

Gunn (referring to Section 1338 and Section 1295 respectively). Still, there is some tension between the two provisions that comes out of Gunn. In particular, the Supreme Court’s reticence to expansive federal jurisdiction was grounded in principles of federalism. The Court recognized that a local interest of states in having state courts decide cases arising from state law.  In order to deprive states of those cases, the patent issue must be substantial.   One outcome of Gunn is that state courts are now more often hearing patent law issues as they arise in various non-patent causes of action.

This state vs federal debate is only relevant in the context of original jurisdiction questions under Section 1338 where a case might be filed in state court or instead in federal court.  There are no such federalism concerns in US Inventor – rather the question is which of two federal appellate courts will hear the appeal. This difference offers one reason to interpret the two statutes a bit differently, perhaps requiring more substantiality in one situation than in the other. But, I would suggest that tweaking is not worth the candle and probably not what Congress intended. And, the Federal Circuit has agreed in post-Gunn decisions that the Gunn analysis impacts both Section 1295 and 1338.  Bottom line here is that the USPTO should not have simply relied upon its pre-Gunn APA decisions.

In his 2019 article, Prof. Paul Gugliuzza proposes a simple rule that is consistent with both statutes and the requirements of Gunn.

For a case that does not involve claims of patent infringement to nevertheless arise under patent law, it must present a dispute about the content of federal patent law or a question about the interpretation or validity of the federal patent statute; questions about the validity or scope of a particular patent are not sufficient.

Paul R. Gugliuzza, Rising Confusion About “Arising Under” Jurisdiction in Patent Cases, 69 Emory L.J. 459 (2019).  Although Gugliuzza’s proposal here is straightforward, the parties in US Inventor disagree as to the outcome of the test.

The 5th Circuit appeal is now in-briefing and we’ll will likely not see a decision in the case until 2022.

5 thoughts on “How does the USPTO Decide the Discretionary Aspect of Institution?”