This is the first post in a series about our new research project on mandamus practice in the federal courts of appeals generally and the Federal Circuit’s peculiar use of mandamus in patent cases specifically.

There has been a lot of talk recently about the Federal Circuit and mandamus. Our current research project aims to answer whether the Federal Circuit is an outlier among the circuit courts in its use of mandamus, and if so, what explains the court’s apparent infatuation with mandamus?

Mandamus—literally, “we command”—is an extraordinary event. Federal appeals courts have authority to review “final decisions” of district courts (or of the PTAB, in the Federal Circuit’s case). Mandamus provides a way for litigants to take their appeal before an appeals court while their case continues at the district court below. This can be a great thing for litigants who feel that an issue has been wrongly decided and who don’t want to wait for a final decision to take their case before the appellate court. However, if mandamus is granted too frequently, it risks compromising judicial efficiency by placing the appellate court in the awkward position of arbiter of disputes rather than reviewer of final decisions.

Typically, the federal courts of appeals will reserve their use of mandamus for important issues that are likely to arise again in future cases. For instance, attorney-client privilege is a relatively frequently reviewed issue on mandamus, because it is an issue that district courts frequently encounter. In addition to importance, the issue under mandamus review ought to be one that is not reviewable after a final verdict, or at least one in which such post-verdict review would be inefficient. For instance, the choice of venue in litigation is one such issue that is reviewable post-verdict, but oftentimes would be inefficient for the appealette court to wait for a final verdict before deciding that the wrong court heard the case. Oftentimes the use of mandamus centers on new, undecided issues.

Ideally, mandamus gives lower courts appellate guidance so that mandamus review is not needed on the issue addressed in the future. Sparing use of mandamus allows appellate courts to preserve the extraordinary character of the practice. Ideally, appellate courts avoid excessive supervision of lower court proceedings while at the same time sending a forceful message when granting mandamus. Thus, granting a writ of mandamus is an “extraordinary remedy,” reserved for clear errors in which the moving party has no other adequate means to obtain relief. 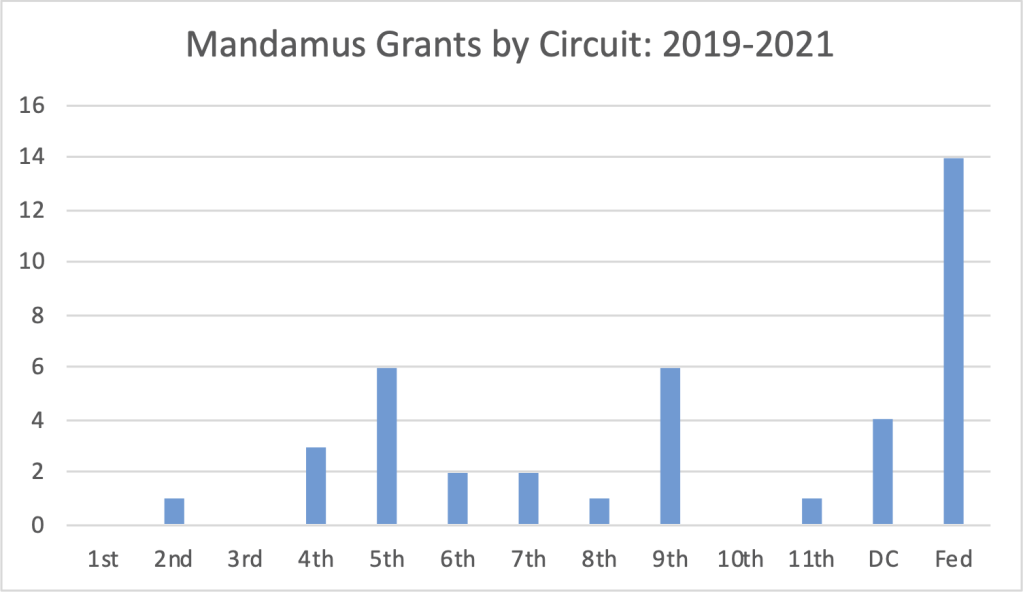 And the numbers are even more stark when we consider just one issue on which mandamus may be granted: venue. Patent cases often meet the jurisdictional requirements of personal jurisdiction, subject matter jurisdiction, and venue in a number of different district courts. While the plaintiff typically selects her preferred venue to litigate the case, defendants may bring a motion to transfer the case to another district court that also has venue. Alternatively, the defendant may argue that the court selected by the plaintiff lacks venue. Decisions on these motions are often challenged, if at all, on mandamus. 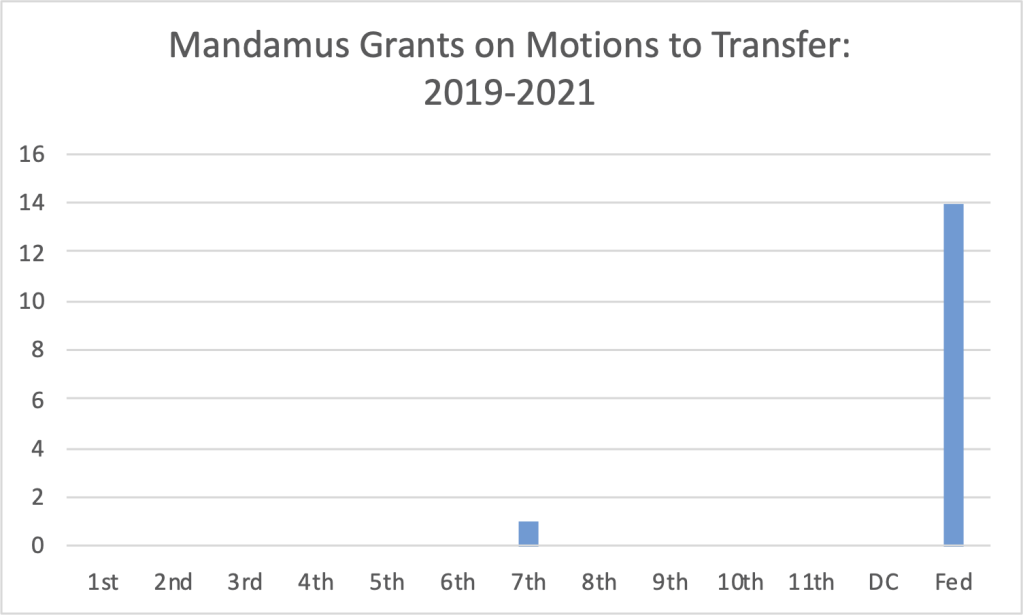 In the next post we will give come further context and detail about the petitions for writs of mandamus at the Federal Circuit. And specifically look at the issue of venue mandamus in greater detail.

26 thoughts on “Extraordinary Writ or Ordinary Remedy? Mandamus at the Federal Circuit – Part 1”