This 1921 decision centered on Merrill B. Barkley US Pat. No. 1,202,646, covering stationary for making “Christmas club deposits.”  The specification explains:

There has developed recently in banking circles a wide demand for various kinds of special savings accounts, known generally as Christmas clubs, vacation accounts … and the like.

The claimed invention then is directed to a “deposit book,” with each page having a stub and detachable coupon.  The customers keep the book with all the stubs showing deposits while the coupon goes to the bank to help direct the deposit.

Landis Christmas Sav Club was already selling supplies to banks, but Barkley was able to improve the system.  In particular, with the Landis system, the a book of coupons was held by the bank, and individual sheets given out to the customer with each deposit.  The Barkley reversal allowed the customer to keep the book and give deposit slips to the bank.  Apparently Landis then copied the Barkley approach and an infringement suit followed.  In essence, Barkley’s device is a reversal of the Landis approach.   And, the appellate court recognized that the Barkley approach was and improvement that “could be more easily and conveniently handled.” 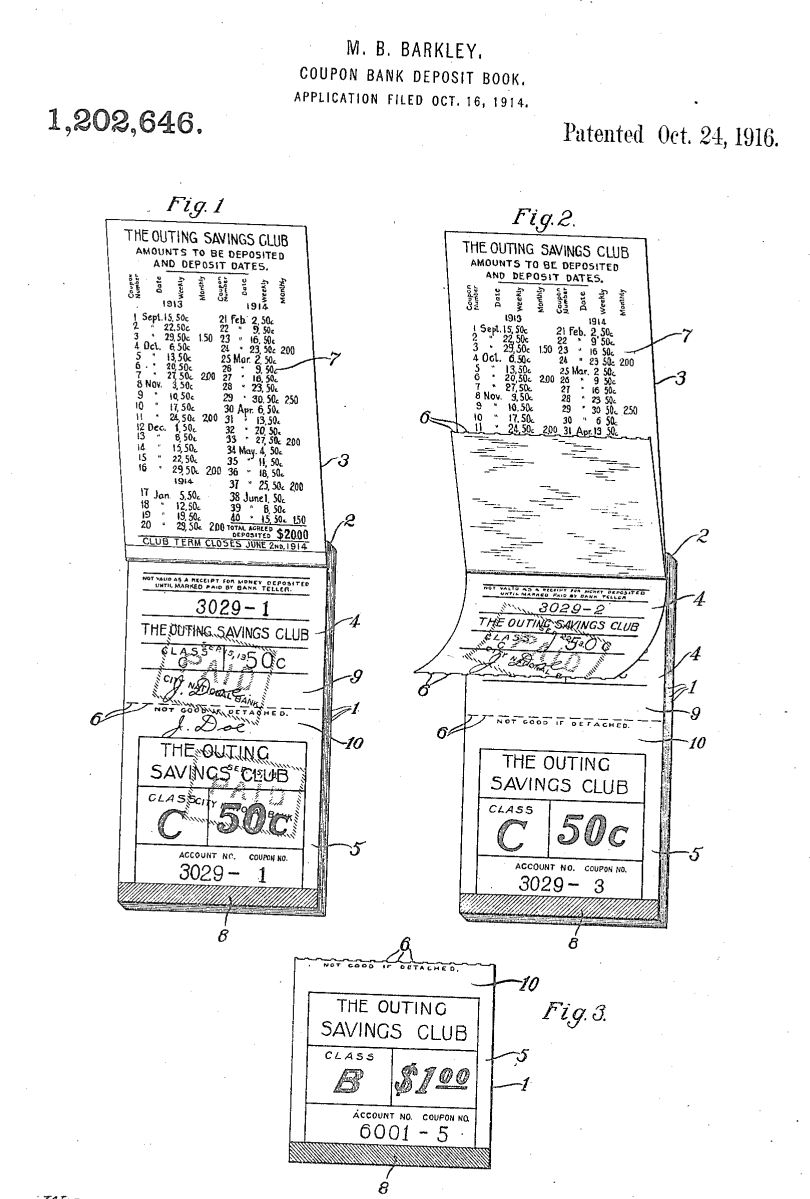 Despite the improvement, the courts found that they were of the time that would “naturally follow” from the prior art rather than rising to the level of an invention:

[I]t was the to-be-expected result which would naturally follow the study of men familiar with the banking and stationery business, when they set themselves to study and improve the Christmas Club system, as all bank employees would do. When such a new system was used by the thousands of keen minds, when better detail and further efficiency of such system would be the customary result of the experience that came from use, we would expect improvements, and the ideas such as Barkley worked out are, in our judgment, the steps that would naturally follow use. To take the cleverness of an improver and award the monopoly of an invention thereto would, to our minds, make of the patent law a hindrance, not a help, in the evolution of progress.

Although the decision is issued prior to Graham v. John Deere, it offers an example of the level of ordinary skill in the art likely made a difference.  The appellate court reflected that bank clerks are generally quite clever and diligent in their pursuit of efficiency.  The court’s suggestion that the ubiquity of the prior art makes it much more likely that an improvement will naturally follow.  This last bit on ubiquity is not typically used in the obviousness analysis anymore, but it does appear in Alice, step 2.

39 thoughts on “Merry Christmas 2021, your Patent is Invalid”