This is a pending trademark case involving the mark CLEAR that Dolce Vita uses on their shoes. I remember the 1980s and gel-sandals; my internet search also reveals some beautiful translucent Crocs. Still, when I saw the brand name CLEAR as applied to footwear, I did not expect for the shoes to be transparent.

The USPTO did expect the CLEAR shoes to be transparent and so refused to register the trademark because it was deceptively misdescriptive.  Note here that the applicant was seeking to register the mark for both Footwear and Bags/Cases.

The Federal Circuit provides a three-part test for deceptive misdescriptiveness:

(1) Is the term misdescriptive of the character, quality, function, composition or use of the goods?

(2) If so, are prospective purchasers likely to believe that the misdescription actually describes the goods?

(3) If so, is the misdescription likely to affect the decision to purchase?

In re Budge Mfg. Co., Inc., 857 F.2d 773 (Fed. Cir. 1988).  In Budge, the Federal Circuit found substantial evidence to support the conclusion that “LOVEE LAMB” seat covers were deceptive in their misdescription because they were made of synthetic fibers rather than sheepskin.  Note here that Budge was decided under 2(a), which bars “deceptive” marks generally.  In Dolce Vita, the TTAB cited Budge, but cut the test down to just the first two parts. The TTAB did not explain its justification for this difference, but it comes down to how the USPTO has a different treatment for deception under 2(a) compared with 2(e).

In prior cases, the TTAB had explained that

The test for deceptive misdescriptiveness [under 2(e)] has two parts. First we must determine if the matter sought to be registered misdescribes the goods. If so, then we must ask if it is also deceptive, that is, if anyone is likely to believe the misrepresentation.

In any event, the TTAB concluded “we have no doubt that consumers will immediately perceive the word ‘clear’ as describing a feature or attribute that Applicant’s footwear and clothing could plausibly have.”

Now, Dolce Vita has appealed to the Federal Circuit arguing that its recitation of its products as “non-transparent goods” sidesteps the misdescription issue.  “There is no evidence that consumers understand CLEAR to be misdescriptive in these circumstances, as non-transparent goods cannot plausibly be transparent.”   This argument appears to fall within the English saying of “too clever by half.”

Dolce Vita also pointed to a lack of evidence that “reasonably prudent purchasers” are likely to fooled by the misdescription.  Prudent buyers looks at the shoes (or image of the shoes) before purchasing–“the quintessential consumer goods that buyers will invariably visually inspect (and often try on) before purchase.”  Thus, even if there is some potential for initial confusion, nobody would be fooled for long. Hoover Co. v. Royal Appliance Mfg. Co., 238 F.3d 1357, 1361 (Fed. Cir. 2001) (focus on whether misdescription “materially induce[s] a purchaser’s decision to buy”), quoting 2 McCarthy on Trademarks § 11:56 (2000). 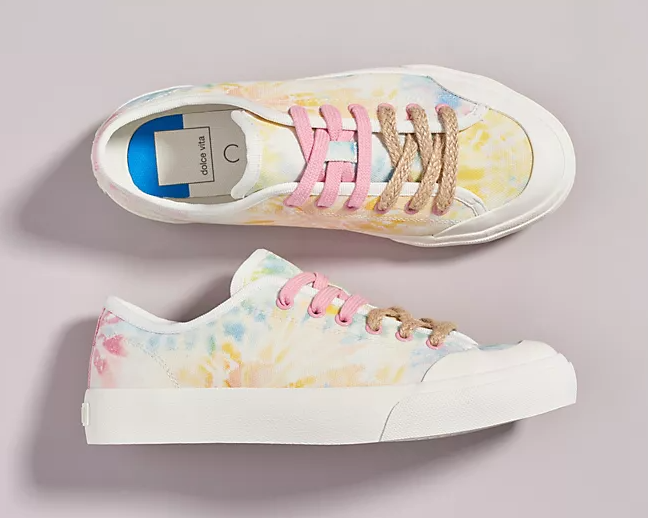 The First Amendment has been doing some work in trademark law — but the bar on “deceptively misdescriptive” marks will likely stand, at least under Central Hudson’s test focusing on “nonmisleading commercial speech.” C. Hudson Gas & Elec. Corp. v. Pub. Serv. Commn. of New York, 447 U.S. 557, 563 (1980) (“The government may ban forms of communication more likely to deceive the public than to inform it.”).

Shoe brand is "CLEAR." But, it turns out that the shoes are not actually transparent.