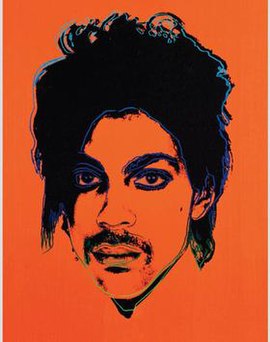 Although Warhol is dead, his art, legacy, copyrights, and potential copy-wrongs live on.  In the 1980s, Warhol created a set of silkscreens of the musician Prince.  Prince did not personally model for the prints.  Rather, Warhol worked from a set of studio photographs by Lynn Goldsmith. Apparently Vanity Fair commissioned Warhol to make an illustration for its 1984 article on Prince.  As part of that process, VF obtained a license from Goldsmith, but only for the limited use “as an artist’s reference in connection with an article to be published in Vanity Fair Magazine.” The published article acknowledges Goldsmith. As part of that process, Warhol created a set of 16 Prince prints. Those have been sold and also reproduced in various forms in ways that go well beyond the original license. 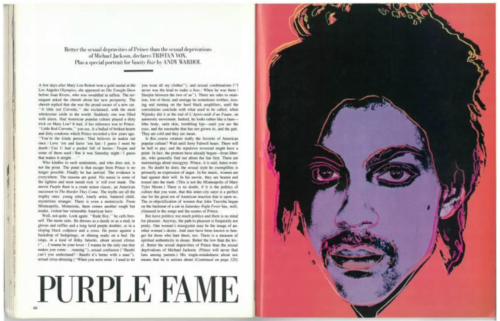 Litigation ensued, and the basic question in the case is whether Warhol’s unlicensed uses constitute “fair use” under Section 107 of the Copyright Act. 17 U.S.C. § 107.  Here, in particular, Warhol argues that his use is so “transformative” of the original photographs that no license is needed.  The 2nd Circuit sided with the photographer Goldsmith — finding “the Prince Series works are substantially similar to the Goldsmith Photograph as a matter of law” and that “all four [fair use] factors favor Goldsmith.”   Although art critics and art historians will certainly see the works as quite different (especially if they know Warhol was the artist), the Second Circuit concluded copyright law does not ask Federal Judges to serve in that role:

[T]ransformative[ness] cannot turn merely on the stated or perceived intent of the artist or the meaning or impression that a critic – or for that
matter, a judge – draws from the work. . . . In conducting this inquiry … the district judge should not assume the role of art critic and seek to ascertain the intent behind or meaning of the works at issue. That is so both because judges are typically unsuited to make aesthetic judgments and because such perceptions are inherently subjective. 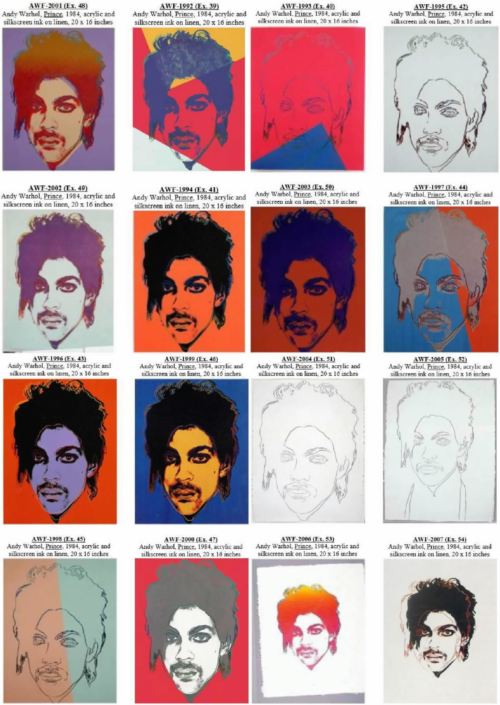 The Supreme Court has now granted Warhol’s petition for writ of certiorari focusing  primarily on the transformative messaging provided by his works.  The petition argues that the Second Circuit unduly limited its analysis in ways contrary to prior Supreme Court precedent.

Question Presented: Whether a work of art is “transformative” when it conveys a different meaning or message from its source material (as this Court, the Ninth Circuit, and other courts of appeals have held), or whether a court
is forbidden from considering the meaning of the accused work where it “recognizably deriv[es] from” its source material (as the Second Circuit has held).

Warhol petition.  In its opposition briefing, Goldsmith reframed the question, focusing on the fact that the creation reproduced major elements of the photographs for the purpose of being published in the same magazine where Goldsmith’s own photographs have been repeatedly published.

Andy Warhol produced a series of silkscreens by reproducing respondent Lynn Goldsmith’s photographic portrait of the musician Prince and adding additional elements. Petitioner Andy Warhol Foundation then licensed those works to Vanity Fair, a magazine that has also featured Goldsmith’s portraits of musicians and celebrities.

Parties (and amici) will file their merits briefs over the summer and we can expect oral arguments in the Fall. 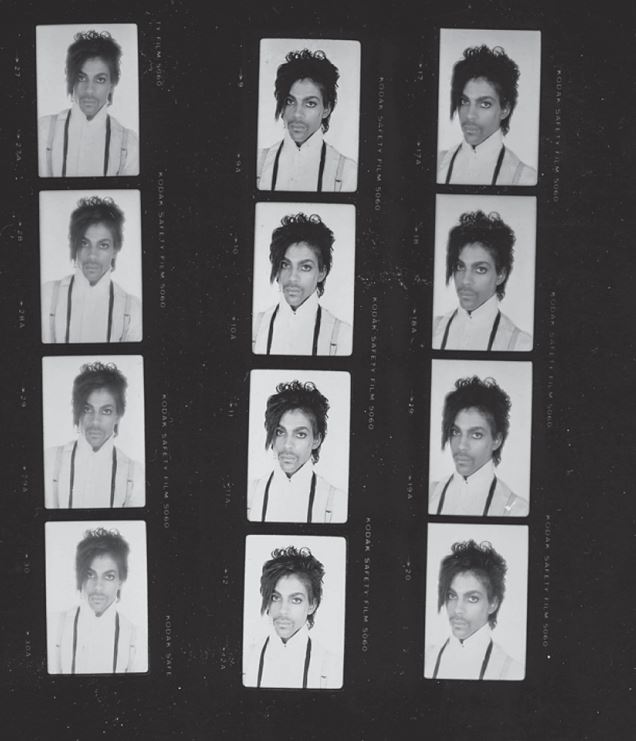 3 thoughts on “The Art Critic’s Role in Fair Use”