On Sale Bar: The Federal Circuit’s recent decision in Sunoco Partners v. U.S. Venture (Fed. Cir. 2022) focuses on the classic patent law question of whether the inventor’s pre-filing sales activity serve to bar the patent from issuing.  Was the agreement an “offer to sell” and was it excused by the “experimental use” exception. 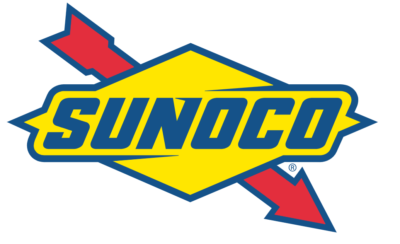 Sunoco’s patents cover systems for blending butane into gasoline.  In a bench trial, N.D. Ill. Judge Pallmeyer sided largely with the patentee–finding US Venture liable for willful infringement and awarding $6 million in damages.  Both sides appealed, with the infringer wanting to escape liability and the patentee wanting more money.

The “on sale bar” prohibits patenting an invention that was placed “on sale” prior to the application being filed. The patents here are pre-AIA and so the on-sale bar included a one-year pre-filing grace period.  For newer patents, the one-year grace-period is limited to pre-filing sales that can be linked-back to the inventors.  “On sale” is defined by the courts as a “commercial offer for sale” of an embodiment that takes place once the invention is “ready for patenting.”  Pfaff v. Wells Elecs., Inc., 525 U.S. 55 (1998).  In addition, sales/offers can be excused if they qualify as “experimental use.” City of Elizabeth v. Am. Nicholson Pavement Co., 97 U.S. 126 (1877) (delay excused by “bona fide effort to bring his invention to perfection, or to ascertain whether it will answer the purpose intended”). In this analysis, the court conducts a wholistic totality-of-the-circumstances analysis in considering whether the pre-filing sales were primarily for experimentation or instead primarily for profit.  Allen Eng’g Corp. v. Bartell Indus., Inc., 299 F.3d 1336 (Fed. Cir. 2002).

Application of the on sale bar is a question of law as is the underlying issue of whether the experimental use exception applies.  However, underlying factual conclusions made by the lower court should be given deference on appeal.

The Facts: On February 7, 2000, the inventor’s company (MCE) offered to sell and install a butane-blending system to Equilon.  In the agreement, Equilon wasn’t actually pay anything for the machine, but would agree to purchase substantial butane from MCE over the next 5 years.  The Feb 7 date is important.  The original patent application was filed Feb 9, 2001–one year and two days later and outside the one year grace period.

On appeal, the Federal Circuit looked to the contract and its own prior precedent to conclude that a purchase agreement is a classic offer to sell.  The proposal expressly stated that “ownership and title to the Equipment” would be conveyed.  The district court found effectively that the equipment was being given away since the “the contract did not require Equilon to pay MCE anything in exchange for the system in the normal course of events.”  On appeal, though the Federal Circuit sided with the patent challenger–holding that the contract required transfer of title as part of the consideration for Equilon’s agreement to purchase butane.  Using its de novo power, the appellate court rejected the district court’s offer’s interpretation and found that it constituted an offer for sale.  The court cited a prior decision on point. Netscape Commc’ns Corp. v. Konrad, 295 F.3d 1315 (Fed. Cir. 2002) (offer to make a “remote database object . . . in exchange for four months full time employment or no more than $48,000” was a “commercial offer for sale”).

Experimental use: Even if thought it is an offer for sale, it could be excused based upon a conclusion of experimental use.  Here, the court’s test is whether the offer was “primarily [for] experimental purposes.”   The offer included a sections for both “pre-installation testing” and “post-installation testing.”  On appeal, the Federal Circuit found that those contract provisions do not necessarily indicate any intent to experiment with the system design or to ensure that the invention works.  Rather, those testing provisions could instead simply be for ensuring that the particular embodiment was tuned correctly.  Further, the Federal Circuit found that there was no reason why the sale was needed to further any design experimentation.

Sunoco’s analogy to the Supreme Court’s seminal City of Elizabeth case falls flat. While “the nature of a street pavement,” the invention in that case, “is such that it cannot be experimented upon satisfactorily except on a highway, which is always public,” Sunoco does not dispute that MCE’s pre-installation testing was conducted at [a different contractor’s site], and could have been performed before offering to sell the system.

Slip Op.  The district court had excused the prior offer as experimental use, but on appeal, the Federal Circuit reversed that as well.  “These tests are not experiments, but are acceptance tests to confirm that the equipment is properly blending butane—that is, that it is working as promised.” Id.

Here, the testing described in the Equilon agreement occurred to effectuate the sale, rather than the sale occurring to occasion the testing. Therefore, we conclude that the Equilon agreement was an offer for sale made to commercially exploit the invention rather than primarily for experimental purposes. On that basis, we reverse the district court’s experimental-use determination and vacate its infringement determination.

At trial, the district court did not decide whether the invention was “ready for patenting” at the time of the offer.  That second prong of Pfaff could still excuse the prior offer on remand.  The defense will need to show either (1) reduction to practice or (2) a sufficient and enabling written description of the invention — one of which must have occurred prior to the offer date.

This case is one where savvy patent attorneys would have helped: (1) filing the patent application earlier; or (2) drafting the contract so that it is not a “sale.”

Software License: One question I have in this case involves the onboard software. The patent claims here include software elements: a “process control unit [that] generates a ratio input signal …”  The sales contract though was quite clear that the equipment was being sold, but the software was only subject to “a license.”  An offer to license is distinct from an offer to sell.  However, the Federal Circuit has several times suggested that licensing of software code can constitute a “sale.”

[A] commercial transaction arranged as a “license” or a “lease” of a product or a device … may be tantamount to a sale (e.g., a standard computer software license), whereupon the bar of § 102(b) would be triggered because “[t]he product is … just as immediately transferred to the ‘buyer’ as if it were sold.”

Enhanced Damages: On appeal, the Federal Circuit vacated the district court’s award of enhanced damages — finding an abuse of discretion. In particular, the district court had excluded testimony and opinion evidence from the defendant’s attorney John Manion because of his confusion during testimony. On appeal, the Federal Circuit concluded that the confusion was created by the cross-examining attorney who had created a new term on the spot. “The record shows that Manion was merely confused by an unfamiliar term—’online rack tank’—that Sunoco’s attorney was using.”  Id.  On remand, the court will need to reassess if the infringement remains sufficiently egregious to allow for enhanced damages.