19. A method for automatically aseptically bottling aseptically sterilized foodstuffs comprising the steps of:

providing a plurality of bottles;

US6945013.  It appears to me that the only point of novelty is the effective 100 bottles per minute feature, which is claimed here in purely functional form. I.e., it claims the result rather than how it actually happens.  According to the briefing, the invention here is the “first high speed aseptic bottling system that would meet the FDA’s regulations related to aseptic packaging, which are the most stringent in the world.”  According to the briefing, the real novel feature has to do with careful management of airflow “to ensure that air flows away from the bottle filling station of the aseptic bottling machine.” The drawing below shows the big vacuum tube (60) that sucks the air away. While that feature seems important, it is not actually claimed (by the broader claims being challenged). 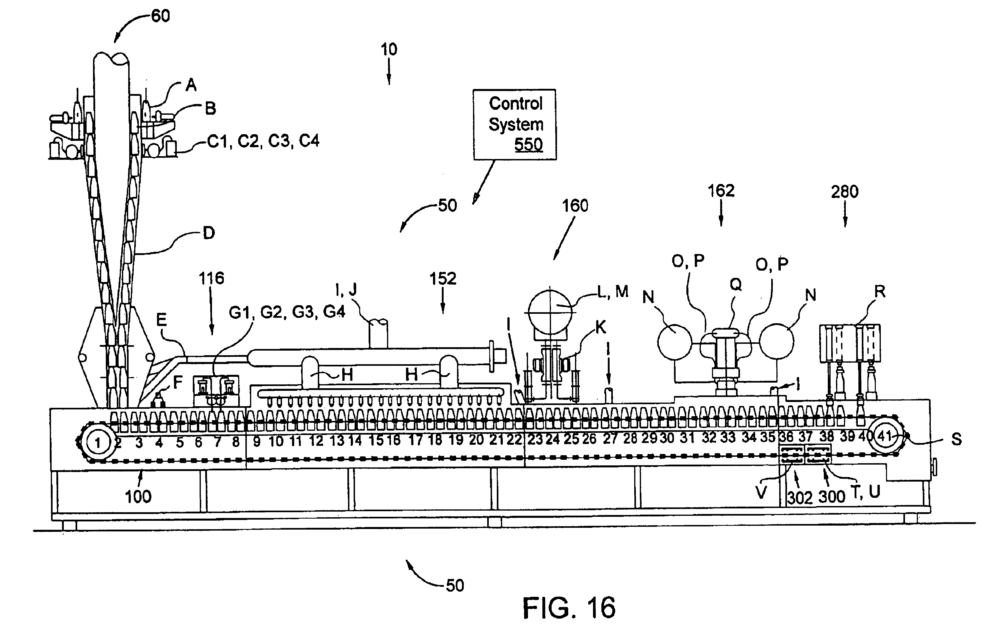 Note that this case is IPR2014-01235, based upon an IPR petition filed in 2014. The court previously reversed the PTAB’s finding in favor of the patentee. On remand, the PTAB found the claim obvious.  Nestle filed the IPR, but the parties eventually settled their dispute. The USPTO has intervened to defend its decision on appeal.