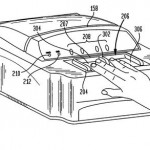 The US International Trade Commission (USITC) is a branch of the US Government that offers an alternative forum for patent enforcement. There are a number of benefits to pursuing an action in the USITC as well as a number of quirks. Importantly, the USITC has no authority to award damages for patent infringement — rather, the sole available award is an exclusion order that would block infringing imports.

Here, Cross Match’s asserted patent covers a fingerprint-scan methodology that includes both hardware and software.  In this case, the hardware is manufactured abroad and imported by Suprema and then, once in the US, combined by Mentalix with the software to make a product used to infringe. Of importance, the imported hardware does not – by itself – directly infringe the patent. However, the USITC found that Suprema was liable for inducing infringement under 35 U.S.C. 271(b).

On appeal, the Federal Circuit reversed – holding instead that the USITC’s power only extends to block articles that are themselves infringing at the point of importation. The result for this case is that the inducement theory of infringement could not stand because the direct infringement that is predicate for an inducement holding was not occurring until after importation. Oddly, however, the majority did find that the USITC may still have power when the cause of action is contributory infringement rather than inducement. This distinction was based upon the notion that inducement is focused on the “conduct of the inducer” and “is untied to an article.”  Judge O’Malley penned the Federal Circuit opinion and was joined by Judge Prost.

Writing in dissent, Judge Reyna argued that the majority opinion “overlooks the Congressional purpose of Section 337, the long established agency practice … of conducting unfair trade investigations based on induced patent infringement, and related precedent by [the Federal Circuit] confirming this practice.”  Judge Reyna provided a full-page long string citation of decisions where the USITC issued exclusion orders based upon an inducement theory where the direct infringement occurred post-importation.

Now, both the USITC and the patentee Cross Match have petitioned the Federal Circuit for a rehearing en banc and the Court has offered some signal that it is interested in the case (requesting briefing from the accused infringers).

In the en banc request, the US Government makes an interesting argument that the Federal Circuit precedent is contradicted by the Supreme Court’s decision in MGM v. Grokster, 545 U.S. 913 (2005) as well as the Federal Circuit’s decision in Standard Oil v. Nippon Shokubai Kagaku Kogyo, 754 F.2d 345, 348 (Fed. Cir. 1985). The Grokster case is a copyright case, but is directly applicable for a number of reasons, including the fact that the USITC statute at issue also provides jurisdiction over cases involving imports that infringe US copyrights.

The basic notion from Grokster is that inducement is infringement, and that culpability can attach well before the later direct infringement by another.  In Standard Oil, Judge Rich wrote that inducement attaches “as of the time the [inducing] acts were committed, not at some future date.”  Of course, the inducement doctrine has been significantly tightened since Judge Rich’s time. And the language of Grokster is not as direct and on-point as the US ITC suggests. Still, the government and Suprema (as discussed below) make a strong case that the original panel decision is wrong.

Suprema similarly argues that the decision is contrary to the statutory text. In particular, (1) the statute does not require a full cause-of-action for infringement at the time of importation and (2) the notion that inducement is “untied” from the actual infringing article “is fundamentally flawed.”  The first of these arguments seems to be a clear winner – since the statute particularly provides authority against “the sale within the United States after importation.”

I suspect this case will be moving forward. It will be interesting to see whether the original panel retracts its opinion or whether the en banc court is forced to act.